In the next episode, when Bhim and his family return home after winning the court case, Ganga's husband is at the door and up to something. Read more! 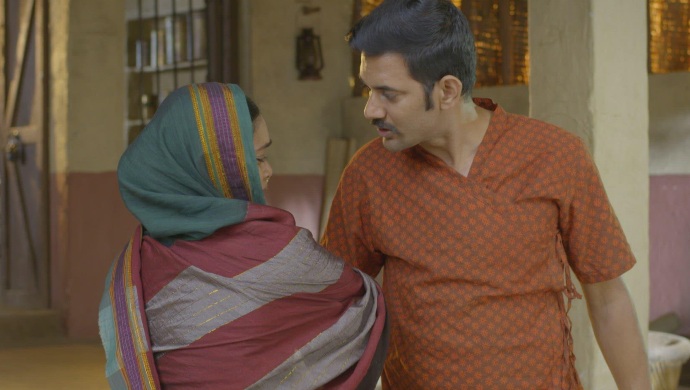 In the previous episode of Ek Mahanayak Dr B. R. Ambedkar, Bhim returns to court disappointed because his barrister had refused to fight Ramji’s case. At court, Bhim says that if his father is punished, all of them will stay with him in jail. With no defence and no witness, the judge is about to announce his verdict, when suddenly Bhim’s barrister shows up. He apologises to the court and interrogates the dead woman’s husband and the police captain. With his arguments, he proves that Ramji’s choice of humanity over religion or caste was not a crime. The court finds him innocent and frees him from jail.

In the next episode, the village Seth Ji (goldsmith) feels humiliated after the court trial. A reunited Bhim’s family enter their house when they see Ganga’s husband waiting outside. He questions Ganga about why she didn’t come back to his house. Ganga honestly answers saying that she didn’t want to. Ganga’s husband forces her hand and Bhim sternly tells him to stop! Will Ganga be safe?

To find out, keep watching all the episodes of Ek Mahanayak Dr B. R. Ambedkar streaming on ZEE5!

You can also binge-watch your favourite &TV shows such as Happu Ki Ultan Paltan starring Yogesh Tripathi, streaming on ZEE5!