In tonight's episode, Bala accepts the challenge posed by his teacher. Will he be able to complete it? Find out the details inside. 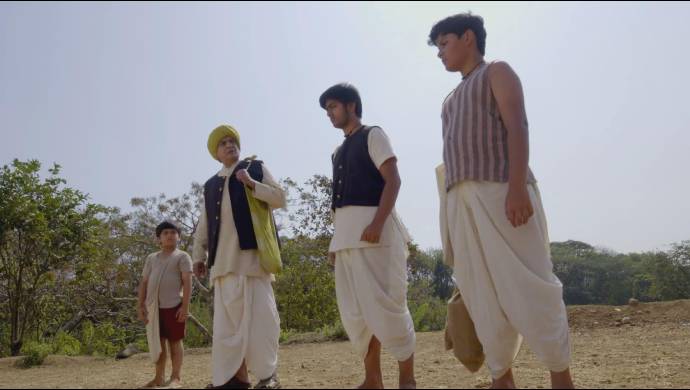 In tonight’s episode of Ek Mahanayak Dr. B. R. Ambedkar, we see Bala telling Bhim that his teacher would give preference to studies, and not to his passion, for playing an instrument. The teacher says that he knows what is right from wrong and asks Bhim, Bala, and Anand to follow him.

At Ramji’s house, Ganga’s brother-in-law comes in and tells him that her husband wants to talk to her. Ganga refuses to have a word with him. Meanwhile, the teacher poses a challenge for Bala. The latter accepts it and says that he will complete it. Bala then runs to finish the challenge. The teacher tells Bhim that if Bala is able to win the challenge, it will prove his passion for music.

At the school, the goldsmith complains to the principal about the three brothers, Bala, Bhim, and Anand. He asks the principal to suspend them and presents him with a ring. The principal rejects goldsmith’s offer and tells him to go away. He then insults the goldsmith by saying that the latter should send his son to school or else his son would also remain uneducated just like his father. The goldsmith’s anger knows no bounds and he vows to teach the principal a lesson. After a while, the teacher tells Bala that he should pursue his passion, as there are many ways to earn money, other than studying. He asks Bala, Bhim, and Anand to go to school. Later, the goldsmith is not able to convince Bala to run away. He then says that he is planning to use Bhim as his pawn, to get Bala on his side.

5 Quotes By Dr. Babasaheb Ambedkar On The Indian Constitution To Revisit This…

Will he be able to do so? Will Bhim succumb to the goldsmith’s sinister plans? To find out, keep watching Ek Mahanayak Dr. B. R. Ambedkar on Zee5.