In tonight's episode, Seth Ji has a ridiculous proposal for Ganga's husband, but Bhim intervenes and stands up for Ganga and her rights. Read more! 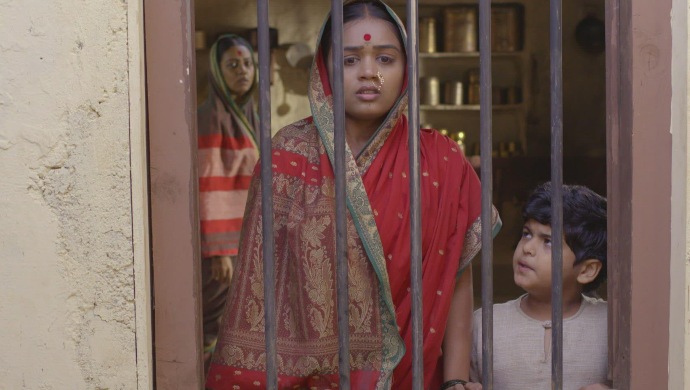 In tonight’s episode of Ek Mahanayak – Dr B. R. Ambedkar, while Bhim’s family is still putting up an act that Ganga is missing, suddenly, Seth Ji shows up at their house and calls Jija Ji out. He brings a woman from the same lower caste as his. He asks Jija Ji to forget Ganga and remarry so that his children get a good mother. But Jija Ji shuns them away, saying that he doesn’t need any unnecessary favours. Ramji learns about this when he is talking to Puranjan, and runs to his house. There, Bhim presents Ganga in front of Jija Ji and says that she wasn’t missing, but it was a plan. When Bhima Bai urges Ganga to go home with his husband, Bhim defends her!

Ganga should go with Jija Ji only if he assures her that she will not suffer anymore. Bhim takes Ganga inside and tells her that nobody can force her. She can go only if she is willing to. Ganga marvels at his little brother’s maturity and hugs her. But, Jija Ji starts drinking and sadly wonders what will he answer when his children ask him about their mother. Seth Ji catches Jija Ji and proposes remarriage again. Irritated, Jija Ji replies that he knows Seth Ji is doing all of this as a revenge of his public humiliation at the court when Ramji won the case. Seth Ji and his men beat up Jija Ji. Later, Bhim convinces everyone to be patient, for the truth will triumph!

Operation Parindey: Five Real-life Daring Jailbreaks In India That You…

It Happened In Calcutta Song Review: A Spellbinding Rendition Of Tagore’s…

Jefferson World School Is Back In Session. What Will Hit Their World In…