In tonight's episode, we see Bhim and Ramji fighting Bala's case against each other while his mother Bhima Bai acts as a judge. Details inside. 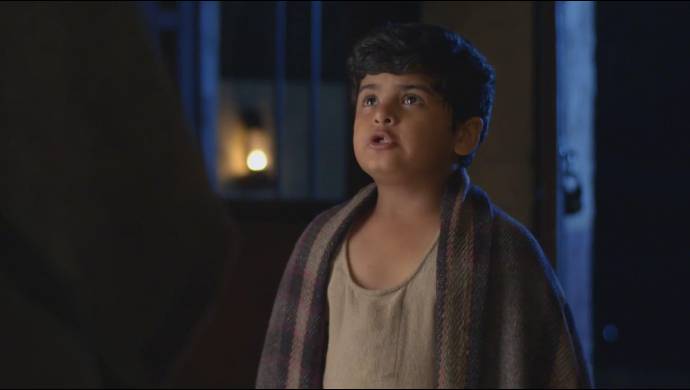 In tonight’s episode of Ek Mahanayak Dr. B. R. Ambedkar, we see Ramji telling Bhim that he’s a child and asks him to behave like one. Bhim turns away and starts looking for something in a box. He then takes out two black blankets and gives one to his father Ramji, saying that they are going to fight a case. A confused Ramji asks him if their house is a court and Bhim says that it indeed is. He then says that his mother Bhima Bai will act as a judge, Bala as a victim, Bhim and Ramji as barristers, and all others as witnesses. They both then dress up as barristers and get ready to fight the case. Ramji argues by saying that education is an important factor in deciding whether a person is good or bad. To this, Bhim replies saying that education alone doesn’t make every person good and therefore they should focus on the child’s passion. Ramji fights back, stating that if we ask children to follow their passion during childhood itself, schools would be empty. Ramji then goes on to argue, saying that playing an instrument will not bring a change in Bala’s life, their family, or society. He says that education plays that role in the lives of people. Bhima Bai then gets up and says that education will free their family from oppression while holding back tears.

Later, we see Ramji’s sister convincing Bhima Bai to eat something. The latter says that she isn’t hungry and goes to sleep. Bhim is now pondering over what his mother had said. On the other hand, Bala is thankful to Bhim, saying that someone younger than him tried convincing his father. Bhim asks Bala to study along with playing an instrument. Just then, Bhim’s sisters enter and say that he shouldn’t have argued with their father. They further tell him that both their mother and father have now given up food. We then see Bala feeding food to Ramji.

In the upcoming episode, we see Bala promising his father that he will not give up studies while following his passion, for playing an instrument. Will Bala stay true to his promise? To find out, keep watching Ek Mahanayak Dr. B. R. Ambedkar on Zee5.