In tonight's episode, we see Bala promising his father that he will study for as long as possible. Find out the details inside. 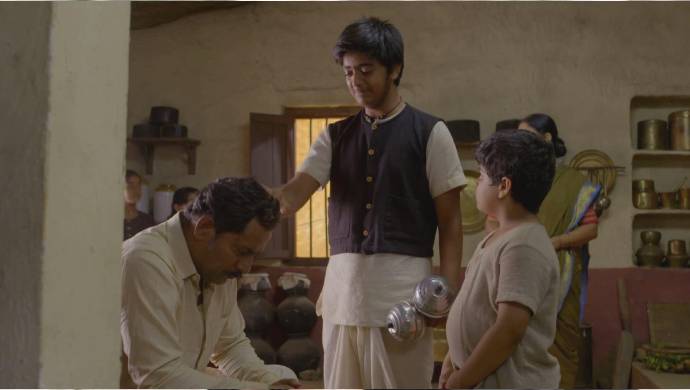 In tonight’s episode of Ek Mahanayak Dr. B. R. Ambedkar, we see Ramji taking something from a box and leaving the house. Meanwhile, other members of the family are worried, as they cannot find him the next morning. Everyone starts looking for Ramji. Bala wonders where his father must have gone. We then see Ramji lending some ornaments and asking for money in return from the goldsmith. The goldsmith refuses to give him the money. Ramji begins to plead and the goldsmith relents, but only one condition- Ramji has to clean his (goldsmith’s) footwear. The latter, who is in desperate need of the money, does so without any hesitation. After Ramji cleans his footwear, the goldsmith asks him to show him the ornaments and throws the money at Ramji.

Meanwhile, Bhim is arguing with Bhima Bai and is taking his brother Bala’s side. He tells her that Bala is ready to study but wants to follow his passion for music too. Bhima Bai tells him that Bhim is arguing with her unnecessarily. To this, Bhim replies saying that he is just telling her the truth. She then goes away, saying that Bhim can do whatever he wishes to. Outside Ramji’s house, we see some people making fun of Ramji and his family. Bhim runs to see what the commotion is all about. Bhima Bai comes there and tells Bhim that Ramji is suffering, to save his family’s honor. She then asks him to look at his father and his sorry state. Later, we see Bala promising Ramji that he will not drink alcohol ever in his life and that he will study for as long as he can. Bhim and other family members look at Bala in awe. Ramji looks up and smiles at him (Bala) too.

In the upcoming episode, we see Bhim helping a lady who has been ostracized by society. Will he be punished for helping an outcast? To find out, keep watching Ek Mahanayak Dr. B. R. Ambedkar on Zee5.