In tonight's episode of Ek Mahanayak Dr. B. R. Ambedkar, Bhim is badly injured after being pushed off the cliff. Details inside. 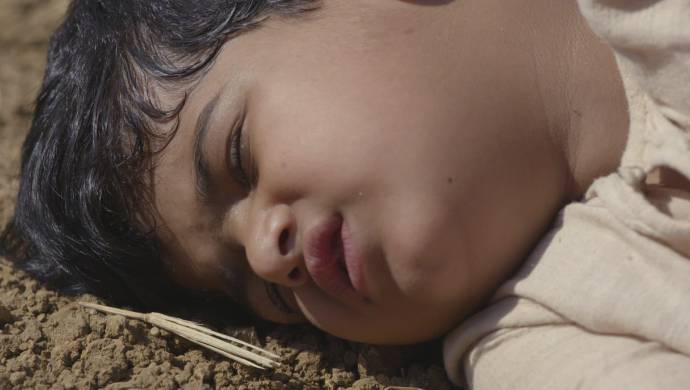 In tonight’s episode of Ek Mahanayak Dr. B. R. Ambedkar, the people in Bhim’s village spot a woman from a lower caste in a blanket. They approach her and start cursing her for using a blanket to protect herself from the cold. The men of the village ask her who gave her the blanket but she doesn’t reply after remembering Bhim’s suggestion of not revealing his name. The woman’s silence irritates the men who decide to punish her. A man from the group brings a bucket of cold water and throws it on the lady. Bhim witnesses this scene and feels sorry for the way society is treating her.

Watch an episode of the show below:

At Bhim’s house, Ramji is considering sending Ganga back to her in-law’s house. Ganga, too, feels that she has overstayed her welcome which makes her guilty. Ganga, on spotting a missing blanket, comes to know that Bhim donated it to the strange woman on the road. She gets angry fearing the consequences of Bhim’s actions. Later, Ramji’s friend comes at their door. As he is about to offer Ganga a position at the office, but Ramji stops him in his tracks. Then, the men go to their workplace to carry on with the usual chores.

At school, Bhim and his teacher, Mr Ambedkar, are chatting. Another teacher spots Mr Ambedkar and accuses him of favouring Bhim over the other students. This turns into an ugly spat which attracts the principle’s attention. He summons them to his office to sort out the differences. During this time, Bhim runs to draft a letter to the post office. He is followed by the goldsmith’s son who wants to push him off the cliff. At the post office, Bhim is stopped from sending the letter because of his cast. After he threatens to vandalise the postbox, his letter is purified and drafted in the postbox along with the other letters. Then, as he is running home, the goldsmith’s son pushes him off the cliff. As Bhim is lying in the field badly injured, the adults around him refuse to touch him and take him to the hospital. They summon Ganga who rushes to Bhim’s rescue.

EXCLUSIVE! Paras Kalnawat Aka Faraz Of Ishq Aaj Kal: I Am Taken, She’s…

In the upcoming episode, Ganga brings Bhim back home and tends to his wounds. He is informed by Ramji that he won’t be able to give his exams the following day.

To find out why, watch Ek Mahanayak Dr. B. R. Ambedkar exclusively on ZEE5.

Watch The ZEE5 Original 'Abhay' Inspired From The True Events!