In tonight's episode, Bhim stands up for a lady, ostracised by society. Find out the details inside. 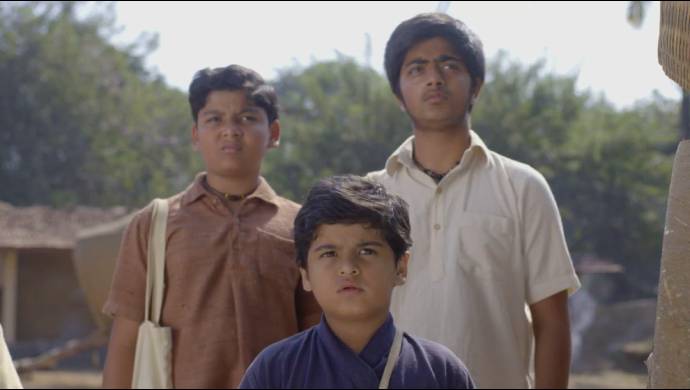 In tonight’s episode of Ek Mahanayak Dr. B. R. Ambedkar, we see Ramji telling Bhim that change is necessary. Ganga asks him if he understands what his father is trying to say. To this, Bhim replies, saying that he doesn’t but will understand everything eventually. Ramji caresses him and asks him to go get ready for school. Meanwhile, Ganga and Ramji’s sister are admiring Bhim’s behavior and his way of speaking. Bhima Bai says that Bhim must make everyone proud by doing something incredible so that no can one ridicule him. After a while, Ramji is worried as he comes to know that his employer will be getting rid of him. He thinks over it and says to his brother, that they should put on a show and become Madaris to attract customers. Ramji’s brother agrees to become part of the plan.

At Bhim’s school, his classmate tells his teacher that Bhim belongs to a backward community and will remain there forever. The teacher shouts at him for misbehaving and asks him to be quiet. The child then gets up saying that he doesn’t want to study in his class. Later, Ramji and his brother put on a show in front of a crowd and make everyone laugh. They trick people to come into their shop and purchase sarees from them. The people around are impressed and the two are able to do good business.

Meanwhile, at a Panchayat meeting, the Sarpanch punishes a lady and tells everyone to keep her away from her own children. Bhim, Bala, and Anand are present there as silent spectators. The lady asks the Panchayat to forgive her. Bhim cannot stand the injustice done to the lady by the Panchayat and speaks up finally. Everyone including the Panchayat looks at him with disbelief.

Jaat Na Pucho Prem Ki: A New And Tv Show Based On The Concept Of Inter-Caste…

Catch all the episodes of Ek Mahanayak Dr. B. R. Ambedkar on Zee5.

Gracy Singh On Playing Maa Santoshi On And TV Show: I Think The Goddess Has Chosen Me