In tonight's episode, Bhim goes against his family and stands by Ganga's side. Find out the details inside. 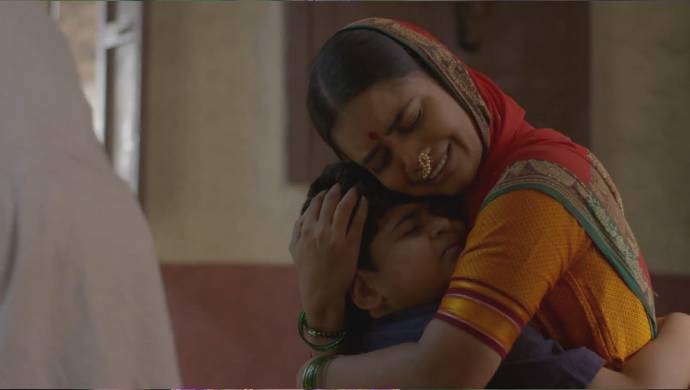 In tonight’s episode of Ek Mahanayak Dr. B. R. Ambedkar, we see Bhim and his brother telling their mother that a lady has been ostracized by the society. They inform her that the lady has been treated as characterless. Bhim prepares himself to sort the situation out. Bhima Bai and her sister shout at him and order him to sit down. Bhima Bai gets furious and tells him that they don’t have the permission to go there. She says no one will even let them come close because of their caste and then tell him that the society will kill them for helping an outcast.

After a while, we see Ganga asking Bhima Bai and Bhim if she has become a burden for them. To this, Bhim replies that a sister is not a burden to the family and asks her to keep such negative thoughts at bay. Then, Bhim tells Bhima Bai that he’s hungry and wants food. Bhima Bai’s sister takes him inside while Ganga stands there crying. Meanwhile, the goldsmith’s son is crying in front of his father. The goldsmith tells him to push Bhim from a height so that he isn’t able to appear for the exam. He says that if that happens, he will not even be able to top the papers. On the other hand, Bhima Bai notices color on Ramji’s body. Ramji lies to Bhima Bai and says that he must have gotten a mark on his body while he was doing some chore. Meanwhile, Bhim’s siblings fight with each other over having to share a blanket.

Later, we see Bhima Bai and her sister asking Ramji to take Ganga to her in-laws. Bhim disagrees with their decision, and asks them to let Ganga stay with them until her husband comes here to take her. He says that he won’t let society ostracise her

Death Of Mahatma Gandhi: A Look At Ambedkar-Gandhi’s Complex Relationship…

In the upcoming episode, we see Bhim being pushed from a height by the goldsmith’s son. Will Bhim survive the fall? To find out, watch Ek Mahanayak Dr. B. R. Ambedkar on Zee5.