In tonight's episode, Bhim comes up against the barriers of casteism while helping Sethji's son. Bhima Bai's headache scares her family. 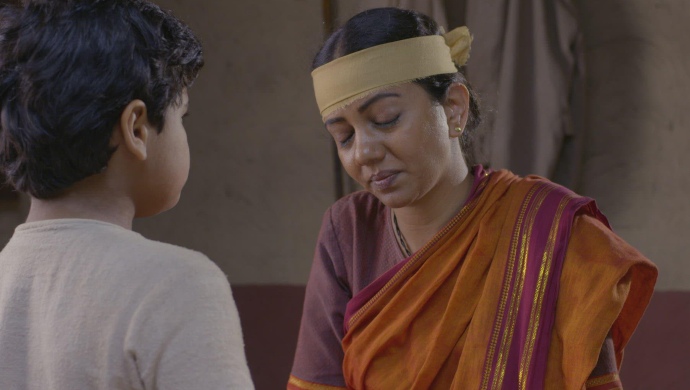 In tonight’s episode of Ek Mahanayak – Dr B. R. Ambedkar, after Sethji is arrested, his son feels scared to sleep alone in his house at night, as he doesn’t have a mother. Since his house is opposite Bhim’s, he calls him out to be with him. Ramji and Bhima Bai also wake up and get worried about Bhim sleeping at Sethji’s house. Ramji assures Bhima Bai that he will sleep outside the house and be vigilant. Bhim realises he is from a lower caste, so he sleeps on the floor, whereas Sethji’s son sleeps on the cot.

The next morning, while having milk, Bhim says that he cannot drink from Sethji’s glass as he will get angry. But, Sethji’s son says that he will save a glass especially for Bhim, in which he can drink every day, and he won’t let Sethji know. Ramji sees that Bhim and Sethji’s son are bonding with each other despite the differences between Ramji and Sethji. He gets emotional and goes back home. When Bhima Bai is cooking, she suddenly starts having a throbbing headache.

Bhim comes back home and sees that her mother’s health is deteriorating. He asks Bhima Bai to lie down and he massages her forehead. Tulsa and Manjula also see her condition and request Ramji to allow them to cook for the house. Ramji agrees but Bhima Bai worries that the girls won’t get time to study. Ramji tells Bhima Bai that he is going out in search of a job in the city.

Bhima Bai’s headache increases exceedingly and Bua gets scared for her. She asks Tulsa and Manjula to soak strips of cloth in hot water and keep them on Bhima Bai’s forehead. Later, Sethji’s men gather outside Bhim’s house and plan to make trouble for them. But a helper of Ramji from the village tries to knock some into their pea-sized brains!

Ajo Of Mentalhood, Nandita Of MOM: Loud And Embarrassing Parents On ZEE5…

You can also binge-watch your favourite &TV shows such as Santoshi Maa Sunayein Vrat Kathayein streaming on ZEE5!