Here are five hard-hitting dialogues by Ramji from Ek Mahanayak Dr. B. R. Ambedkar that are inspiring and motivational. 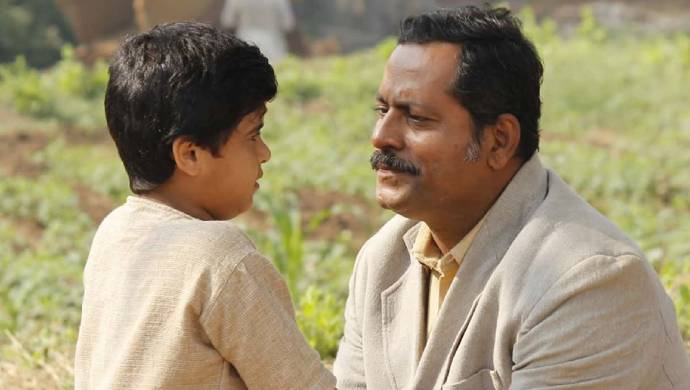 And TV’s popular docudrama Ek Mahanayak Dr. B. R. Ambedkar starring Jagannath Nivangune, Neha Joshi, Prasad Jawade, Ayudh Bhanushali in lead roles, presents the journey of Dr. Ambedkar and his fight to end various discriminatory practices. The show has been lauded by the audiences for the perfect representation of the prevalent caste discrimination during the pre-Independence era. The show has also been praised for its hard-hitting dialogues on the societal notions of caste, gender, and inequality. Apart from the hard-hitting one-liners given by Bhim, Ramji Sakpal’s strong advice to Bhim hasn’t gone unnoticed. We look at five dialogues by Ramji that are extremely relatable and make for inspiring life-lessons for everyone.

Both Bhima Bai and Ramji have played a pivotal role in shaping up Dr. Ambedkar as a child. They were both responsible for moulding his understanding of society and the prevalent discriminatory practices. Ramji made Bhim realise the importance of education in uplifting people and the society as a whole. The following conversation between Bhim and Ramji makes the fact more apparent. When Bhim tells him that no one in his school wants to be friends with him who belongs to a backward caste, Ramji advices him to befriend books, as they will never leave him and will have his back no matter what. How true is this? Books are a key to the treasure that is wisdom and are our true friends!

Ramji is the backbone of the Ambedkar family and someone you can fall back on during troubled times. His advice to Bhim in these tough situations is noteworthy. He says that when our worries start burning like a pyre, we should self-introspect. Relatable much?!

Ramji’s oneliners are eye-openers not just for Bhim but for us too. Ramji has been influential in shaping Bhim’s understanding of the society. Here, he says that one can’t stay sane if the people around him aren’t good. Sooner or later, one has to fight for justice.

Ambedkar’s journey from a naive little kid to a mature child who is full of ambitions and hope is special. Ramji has an important role to play in this too which is apparent from the following dialogue. He says that birds get food every day, but sometimes they need to fly far away from their nest to search for food. This dialogue indicates that nothing in life comes easy and one has to work towards it. Quite metaphorical right?

At times, Bhim is troubled with trivial questions but Ramji always provides him with answers. When Bhim tells him that his teacher has changed his place and therefore he is unable to focus, Ramji says that education is like the heat of the sun- the sun may switch places but that doesn’t reduce the heat. This advice by Ramji is reflective of Ambedkar’s life, who was quoted saying that “we need to educate, organise and agitate in order to progress.”

Which of these dialogues to you find the most inspiring and relatable? Tell us in the comments section below.

Watch the biographical drama on the life of Babasaheb Ambedkar Ek Mahanayak: Dr. B R Ambedkar exclusively on ZEE5 now.

Watch 'Hutatma' the story of Maharashtra being formed as a state with Bombay as it's capital, on ZEE5

The Casino: Watch Mandana Karimi's Sizzling Cabaret Performance In 'I Am The Queen'

4 Bollywood Movies Like NH10, That Took A Stand Against Honour Killing