In tonight's episode, Bhim reaches his school to give his exam. Details inside. 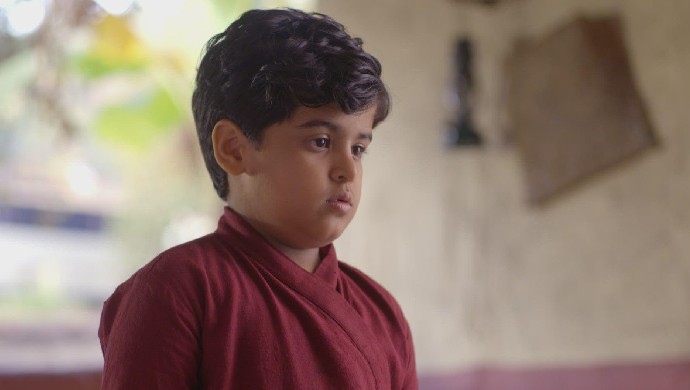 In tonight’s episode of Ek Mahanayak Dr B. R. Ambedkar, we see Ramji, Bala, and Anand escorting Bhim to school. The entire class, as well as the new teacher, is shocked to see an injured Bhim walking into the classroom and grabbing his seat, to give the examination. That is when the new teacher realises that had he been in Ambedkar’s place, he would have felt an equal amount of affection towards Bhim and would have done everything right by him.

Bhim begins his test.  Soon the test ends, and the teacher starts to collect the papers from all the students. When he reaches Bhim, he gives him extra time to write due to his injuries. Bhim outrightly refuses to take any more time and submits his paper with all the students. Soon, as everyone empties the classroom, Bhim talks to the goldsmith’s son and tells him that he knows it was him, who pushed Bhim down the cliff. He further asks the boy about what he gained by pushing Bhim, the way he did. This occurrence may have happened because the boy thought there was some relation between Bhim and him. The boy retaliates, saying that he wants to have nothing to do with Bhim at all.

Outside Bhim’s house, the entire village gathers to kill the lone woman, as she has yet again gotten a new blanket. She runs for her life and enters Bhim’s courtyard. There, she touches all the women of the family and tells the villagers that she is now a member of the Dalit community and they can leave her be.

In the upcoming episode, we see Bala running towards Bhim with the news that he (Bhim) has failed the test. How will Bhim react? What will Ramji say? Share your thoughts in the comments section below and catch the latest episodes of Ek Mahanayak Dr B. R. Ambedkar exclusively on ZEE5.