In tonight's episode, Bhim hears the villagers outcasting the women and he decides to give them an earful. Read what else happened on the show today. 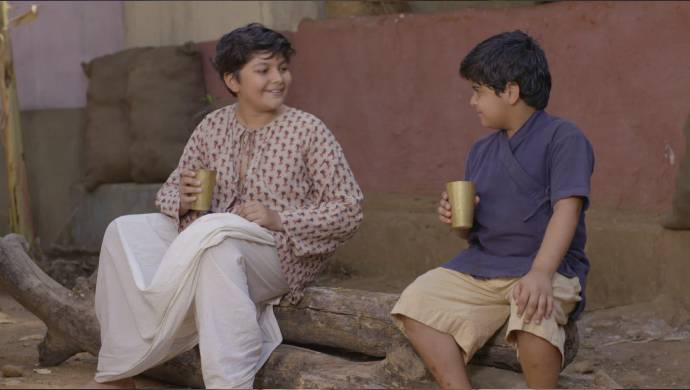 In tonight’s episode of Ek Mahanayak – Dr B. R. Ambedkar, we see how Bhim is asked to go away by Seth ji’s son but he is also invited the next day to share a glass of milk. Bhim walks away promising he would come the next day. In the morning, Ramji walks with his daughters on the village road when the villagers start taunting them and they pass lewd comments. They say that the daughters are off to get married and they are dressed up for the occasion. If people did not like one they could have the other. Bhim gets angry and decides to lash out on them but his mother stops him.

Later, the villagers comment upon Bhim’s anger and they say that Seth Ji’s son is a social embarrassment and he needs to be purified for hanging around with Bhim, who is a low-caste. Bhim then overhears them speaking about how education would ruin the women and they would then stand with them and dominate them. Bhim speaks up and says that this is a wrong thought as just like the lower caste people they were also treating women as outcasts and saying they were unequal. He added that this would lead to the weakness of the women’s community and he would not let this happen. Bhim added that he would ask them to study and stand as tall as the men in society.

The villagers try to hit Bhim but Seth ji’s son walks upto them and starts pelting stones on them, he asks them to stay away from Bhim. The villagers feel threatened by this and decide to teach a lesson to the entire clan of Bhim. On the other hand, Tulsa and Manjula are seen discussing about education and it’s importance in their life.

Operation Parindey Writer Tejas Dhanraj: It Took A Lot To Research On…

Stream all episodes of Ek Mahanyak – Dr B. R. Ambedkar before they stream on &TV, only on ZEE5!