In tonight's episode, Bhim comes first in his examination in school. Details inside. 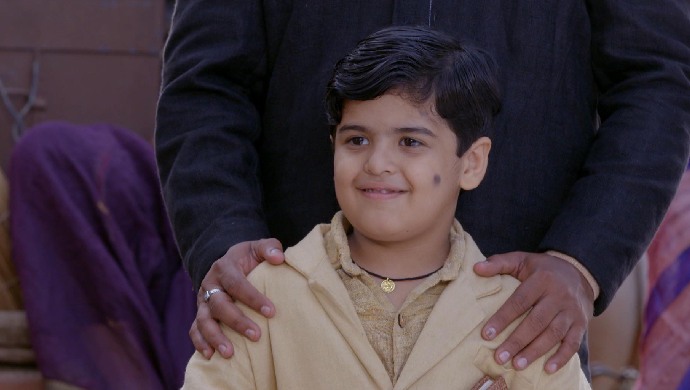 In tonight’s episode of Ek Mahanayak Dr B. R. Ambedkar, we see everyone in Bhim’s family asking the destitute woman to stay back. She politely declines the offer and says that she will take their leave now. Concerned about her wellbeing, Bhim asks where will she go and questions about the intentions of all the villagers. To this, the woman says that even if the villagers kill her, it won’t make much of a difference to her, as she does not belong to their community anymore.

As she says this, Bala comes running into the courtyard and tells Bhim that he did not pass his exams. He is interrupted by all the villagers celebrating Bhim’s failure, but before they can go any further, a damper is put on their happiness. It’s because Bhim, in reality, has come first in the exam. This causes the whole family to screech in happiness. Everyone begins to dance and Bala runs inside to bring out his rattle and begins playing it. Ramji notices this and everyone is soon quiet, fearing that their father might just beat up Bala once again. However, to their surprise, Ramji takes on rattle and begins to play it with Bala.

Later, when Ramji leaves the house, the destitute woman’s husband comes outside Bhim’s house and requests her to come home. His agenda although seemingly innocent, has a shade of malice in it as all the other villagers have decided amongst themselves to kill the lady. While they wait for her to come out, they egg her husband on and tell him that they will excommunicate him as well.

In the upcoming episode, we see that Bhim is given a jacket by the boy, who pushed him off the cliff. However, Ramji is told by someone in the village that visiting the banquet of the British, won’t be a good idea because the other people will humiliate his family. In tears, Ramji returns home a defeated man, to see his family all decked up. What do you think will happen next? Share your thoughts in the comments section below and catch the latest episodes of Ek Mahanayak Dr B. R. Ambedkar exclusively on ZEE5.