In tonight's episode, Bhima Bai shares her emotions with her daughters. Find out more inside. 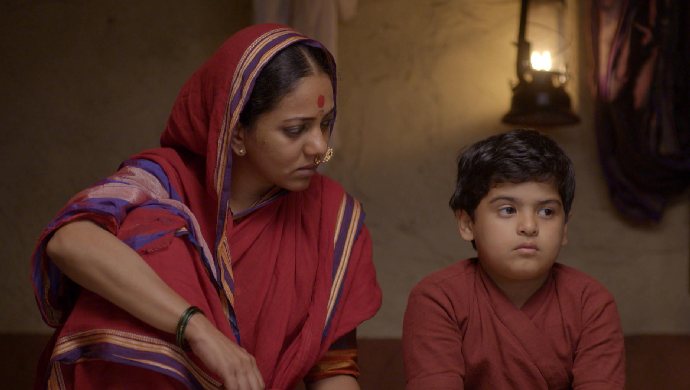 In tonight’s episode of Ek Mahanayak Dr B. R. Ambedkar, we see young Bhim sharpening his running skills, for the upcoming race in school. While he does so, his two brothers look on. As he approaches them, Bala, his elder brother says that he wishes to leave school. The younger two are shocked to hear this and ask him about what would his plan be, after quitting school. Bala says that he has not decided anything yet. Meanwhile, a villager spots Ramji at the granary and recognises him.

The villager heckles Ramji and takes him to the owner of the granary. There, Bhim’s father is forced to reveal his identity as an untouchable. Upon finding out his truth, the owner orders Ramji to leave, but all the other labourers stand by his side and say that all of them are joined together by their state of starvation. Hearing the other labourers rebel, the owner says he will lock up the granary. That is when Ramji tells everyone that he is grateful for their support but would not wish such ill fate upon any of them.

Late at night, the Ambedkar family gathers in their verandah as Bhim continues his running practice. At that moment, Bhima Bai starts to cough uncontrollably and takes the help of her two daughters to go in. Once inside, she drinks the medicine and some water; she gathers her daughters and tells them she doesn’t think there is much time left for her on this planet. She tells them to take care of Bhim and strokes their tear-stained faces, as she tells them about how proud she is of Bhim and that she truly believes he will become a great man someday.

The next day at school, the kids are asked to stand in line for the race. An excited Bhim arrives with his father and two brothers. At first, the PT teacher doesn’t allow him, but soon he relents.  However, there are many obstacles that await Bhim such as the thorns that prick his foot and so on. The race begins, before he can take care of his wound.

In the upcoming episode, we see Bhim telling his brother that he doesn’t wish to bother his parents by telling them that the school fees is still unpaid. Does this mean that Bhim will also quit studying? What do you think will happen next? Share your thoughts in the comments section below and catch the latest episodes of Ek Mahanayak Dr B. R. Ambedkar exclusively on ZEE5.