In tonight's episode, Bhim learns a valuable lesson about pain and moving on in life. Find out more inside. 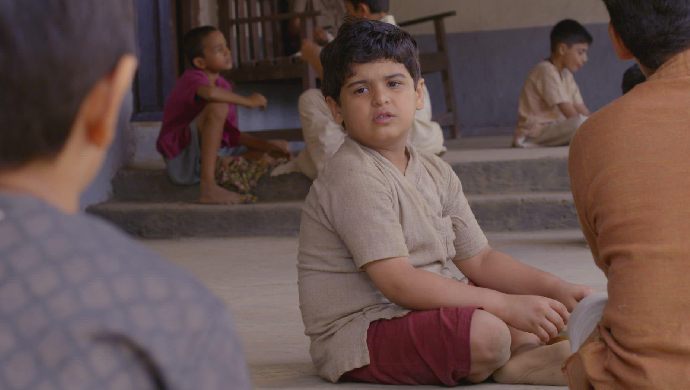 In tonight’s episode of Ek Mahanayak Dr B. R. Ambedkar, we see Bhim lying on the ground as all the other students start the race. Seeing his plight, the Principal makes everyone go back to their starting positions and the race starts all over again. This time around, Bhim is prepared and takes his position. The PT teacher gives the signal to start the race and Bhim begins his run. He picks up speed and is almost ready to overtake everyone, when one of the kids, pushes him and he falls, spraining his ankle in the process.

While Bhim’s father and brothers are extremely shocked to see this unfold in front of their eyes, everyone else on the playground completely ignores Bhim. Three boys cross the race line and are declared winners as Bhim cries out in great agony and pain. Soon, Bhim’s father and his brothers reach him and try to see if he is injured. When they find out that he has sprained his ankle, Ramji sets out to find the Vaidya. Unfortunately, when he reaches the clinic, there is no one over there, which is why he heads to the jungle to gather some herbs and medicinal plants.

When Ramji reaches the riverbank, the scene before his eyes shocks him to the core. The PT teacher, with some other boys from Bhim’s class, is conducting the Shuddhi of the boy who pushed his son. Seeing so much cow urine being poured on the boy to drive away from the sinful touch of Bhim, angers Ramji and he leaves right away without collecting any herbs. When Bhima Bai asks her husband about his empty-handed return, he tells her that Bhim needs to learn how to live with these wounds, because he is going to receive more such wounds in the future.  After saying that he does ask Bhim whether it is okay, to which his son readily replies that he will learn to live with the pain.

The next day Bhim walks without a limp as he has been practising running all night long. He runs his way to the school as well and shocks all the boys who pushed him the day before. Ramji, who is a witness to all of this, is extremely proud of his soon.

In the upcoming episode, we see Bhim and his brothers, who are told that they need to submit the fees within a week or they will have to leave studies. As Bhim doesn’t want to ask his parents for money, he decides to find another way to get the money. Bhim and his brother begin to sell bangles for some money, which is when they see Ramji walking towards them. What will Bhim do now? Catch the latest episodes of Ek Mahanayak Dr B. R. Ambedkar to find out.