In tonight’s episode, Bhim wants the girls of his village to educate themselves and gets in trouble. But Ramji arrives and faces the villagers! 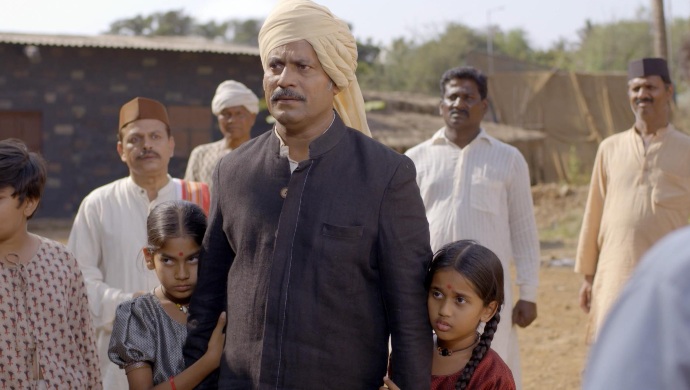 In tonight’s episode of Ek Mahanayak – Dr B. R. Ambedkar, in the village, a group of girls is playing hopscotch with a small stone. Bhim arrives and tells them that they can use the same stone to learn shapes and educate themselves. One of the girls tells him that it is easier said than done. Another girl says that their parents will kill them if they try to study. This instance reaches the ears of the village men and their blood boils with rage.

When Bhim reaches his house and justifies his action, Bua scolds him hard. Bhima Bai sees the village men charging at them and asks Bhim to hide inside. But Bhim frees his hand from his mother’s hold and stands in front of the village men to face them. Just then, Sethji’s son defends Bhim by taking a rock and threatening to break the villagers’ heads. The men ask Bhim to stop Ramji from sending his daughters to school.

Bhima Bai pleads with Bhim to forget the matter but Bhim is adamant about defending girls’ education and women’s rights. They wait for Ramji to come back and handle the situation. Everyone including Bhim, his brothers, and the village men sit stubbornly on the floor to get their will done. Guruji and Pendse sir are also present as witnesses. Ramji arrives with Tulsa and Manjula.

When the village men confront him, he says the girls should be asked. It is then decided that the next day, everyone will meet at the village ground to let the girls speak their mind about educating themselves. Bhim fears that no one will open their mouth due to fear and they will lose. But Ramji says that having courage is greater than winning or losing!

Shubhangi Atre On #5SaalBemisaal Of BGPH: I Feel The Show Was Made For Me Only!

Santoshi Maa 9 March 2020 Written Update: Indresh Is Back In Singhasan's House For Swati