Esha Gupta will be seen as a cop in the ZEE5 Original REJCTX 2. She expressed her excitement on working with Goldie Behl and Sumeet Vyas. 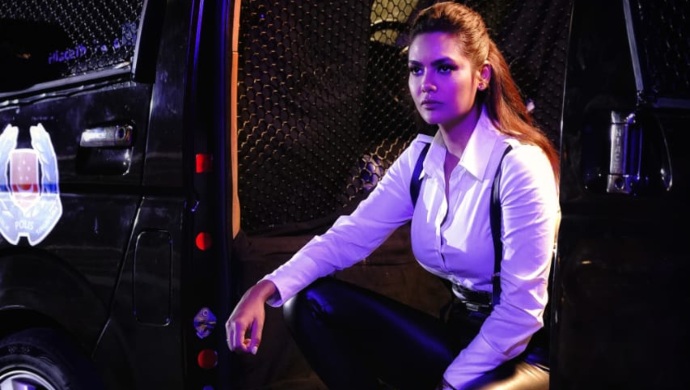 India’s largest video streaming platform, ZEE5, recently announced REJCTX 2, the second season of its franchise web series. A coming of age story of a group of youngsters, the second season of this Goldie Behl directed and produced series is high on action and drama. Bollywood actress Esha Gupta will be seen in her digital debut with REJCTX 2. In her first OTT project, the actress will be seen playing the role of a police officer named Rene.

Watch the trailer for the first season here.

The story of the show in the second season becomes far more grittier and darker than the first, a story about one night when all hell breaks loose and it moves back and forth on how they got there. The band of REJCTX are subject to a sinister psychological game, nothing is what it seems. Will they or their friendship survive this test remains to be seen.

Confirming the news, Esha Gupta shared, “I wanted to do something on OTT, and ZEE5’s REJCTX felt like the perfect opportunity. The story of the series in the second season and the arc of my character is really interesting. I have played the role of a police officer earlier too, but this is going to be completely different. I am playing the role of Officer Rene who isn’t a corrupt cop, but she understood early that she needs to be flexible with her ethics if she needs to announce her presence in her office. She also has a hidden secret which she never reveals. Working with Goldie and an actor like Sumeet has been a great experience and fun to see new talent. I do hope the viewers enjoy the show and love it.

The show is currently being shot in Thailand and will premiere in 2020. Watch the trailer for the second season of ZEE5 Original Kaali 2 scheduled to release on 27 March.