Bishan Singh, played by Pankaj Kapur, is a man who hasn’t slept or sat in 15 years. He bathes only when he feels he shall have a visitor. 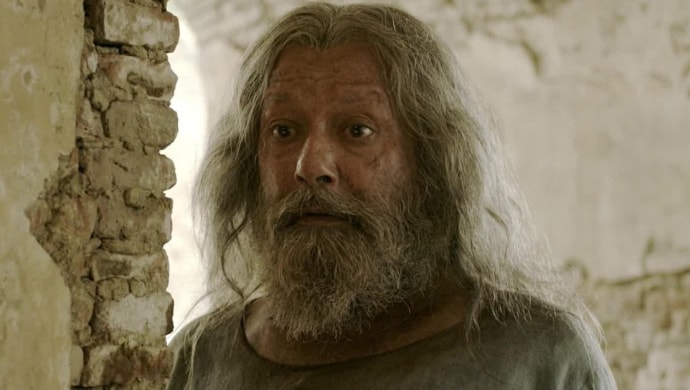 The pain of partition of 1947 following immediately after India attained independence from the British Raj engulfed more than just head counts. The overnight arbitrary chalking out of geographical borders and boundaries affected the not-so-stable too, the lunatics in the Lahore asylum. But Saadat Hasan Manto, one of the most sought-after 20th-century literary voices to echo out of the South-Asian subcontinent, traced the pain of this displacement that was being felt by the madhouse residents. Filmmaker Ketan Mehta adapted this voice of Manto into a film Toba Tek Singh.

Bishan Singh, played by Pankaj Kapur, is a man who hasn’t winked let alone sleep or sit in 15 years. He bathes only when his instinct tells him he is likely to have a visitor. But Singh is hell-bent on returning to his native town Toba Tek Singh, situated on the border of newly drawn India and Pakistan. “Kithhe hai Toba Tek Singh?” he asks in between his gibberish lines, soon after learning of the separation of states. Ketan Mehta, in his film, very well retraces his steps to Manto’s description of the madness this partition has brought and taken shape into.

Bishan, under Mehta’s direction, struggles to find that sense of belonging while his existence is torn between death and exile – it’s none. But Mehta’s is also a human tale. One that questions the sanity of those outside of the asylum waiting to divide a nation’s entirety into two wholesome countries. Or those who don’t want to leave the asylum but are not deemed ‘sane’ enough to decide that. Religious restrictions have blurred the lines that once ruled the rooster. The little above 70-minute film is a tell-all for those paying attention. A worth watch, in my opinion. Now, and even 20 years later!