EXCLUSIVE! Abhishek Singh On Judgement Day: No Reasoning Can Ever Justify Rape, Period!

Agreeing with the ideologies of ACP Javed Khan, Abhishek Singh shares his thoughts on teaching men to respect women. Read the exclusive interview! 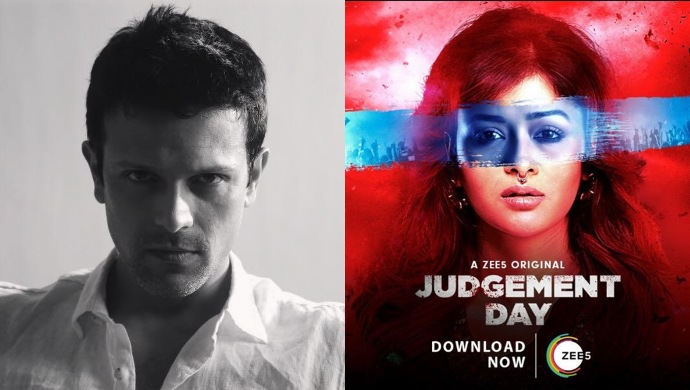 Abhishek Singh has incredibly essayed the complicated role of ACP Javed Khan in the ZEE5 Original crime series Judgement Day. The story revolves around a young girl Hiya Mitra (Madhumita Sircar) who gets brutally raped on the first day of coming from Jalpaiguri to Kolkata. Her sister Diya Mitra (Sohini Sarkar) goes against all odds and fights for justice. Accompanying her is ACP Javed Khan who leaves no stone unturned in the investigation of the case. Actor Abhishek Singh, in an exclusive interview with ZEE5, shared his experience of working on the web series and also has a message to all the men out there:

But first, watch the trailer of this gut-wrenching web series:

1. Please share about your character ACP Javed Khan who has a traumatic childhood?

Javed is a very honest and righteous man. He has seen many wrongs and tries to better the society. Amidst all of it, his own dark past still haunts him. Seeing his mother in a weaker position, he is angered by the suffering of women. In so much of violence, he doesn’t know how to approach love!

2. Did you undertake a certain preparation to get into the skin of your character?

Yes! I had to maintain the same physique for almost 3 months. So, the training and dieting was a set routine. Then, I met some of the senior police officers to understand their mindset. I studied body language and learnt to be alert 24/7!

3. What are the challenges that you faced while portraying an ACP?

Apart from the physicality, I’d say, Javed had to face gruesome situations and visuals every day. He has turmoil in his mind at any given time. So, being in the state of hate, anger, detest and helplessness regularly was tough!

4. You have a very subtle way of acting, what is your process of approaching the craft?

I generally don’t overlap projects. On a daily basis, I start to walk, think, talk and look like the character. So, I discover newer things about him. Once I start shooting, when I feel I have left planet earth behind and entered my character’s world, I stay true to those emotions!

5. As I see, you don’t have a Bengali accent like other characters, how was it shooting in both languages?

Oh, it was a first for me and I absolutely loved it. It was fun because I love Bengali and Hindi! My heritage comes from Bangladesh and Haryana. So, it was my pleasure to act in and relate to both languages!

A bit of fun! #throwback at @audyry Di’s fabulous birthday bash which happened to coincide with the premier of #JudgementDay ! #throwbackthursday

6. This is a crime thriller! What other kinds of genres would you want to do, this year?

I love that question! There are 2 aspects to me- action and comedy! I used to box earlier, I’ve done MMA and I do my own stunts now! And secondly, I’m a comedian at heart, I’d love to explore that space within me!

7. The kind of commitment that Javed shows towards Hiya’s case, is that true about the police in the real world?

It’s absolutely true! I’ve interacted with senior police officers to prepare for the role. And I personally know that there are many police officers who strive hard to put criminals behind bars! Unfortunately, there is also the wicked kind.

8. As a man, what is your point of view on rape and its laws (judiciary) in India?

Rape is THE MOST heinous crime! No reasoning can ever justify rape! It deserves nothing less than the maximum penalty. Currently, I can say there are too many ways one can twist the laws and reforms. But I, as a lawyer in real life and as a man, would never defend a rapist!

9. How are the initial responses that you are receiving on Judgement Day?

They are positive and absolutely encouraging so far! People, my family and friends have loved the performances. And it has led to conversations between me and my folks about the sensitive issue the series deals with!

I think it’s utter nonsense to forward messages, show their care and go back to doing the same old thing from the next day. To all my brothers I’d say, truly believe and practise every day as women’s day. They sacrifice a lot in their lives as our mother, daughters, sisters, wives! It’s our duty and responsibility to nurture them and not take them for granted!

Premiered on 5 February 2020, the ZEE5 Original crime thriller Judgement Day is streaming now! Watch the series and share your thoughts with us in the comments section below!