"It wouldn't have ended probably if the NSG hadn't taken over the situation," Arjun Bijlani shares his perspective on 26/11 and the role he plays. 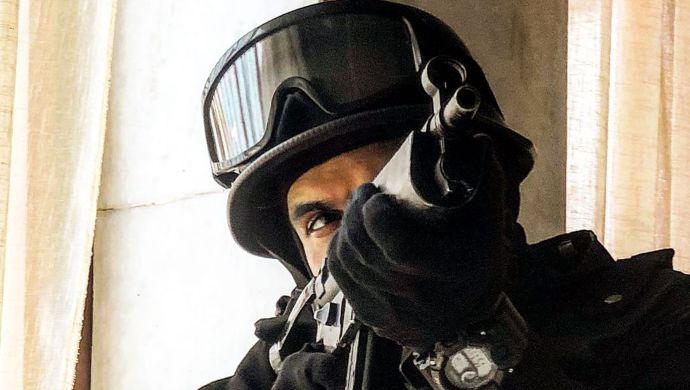 There barely would be a soul in India who hasn’t heard of or knows who Arjun Bijlani is. The supremely suave, stylish and sexy television actor is all set to make his digital debut with ZEE5. Even on a busy evening, he greeted me with the most charming smile ahead of my interview for his first web series. As we begin to talk about his transformation into a National Security Guard commando for the series, the netizen in me gets all the more excited to watch this powerhouse of talent on the screen because passion oozes from every answer he gives. Sounding confident but equally cool, Arjun dishes out revelations on what made him take up State of Seige: 26/11, playing Sandep Unnikrishnan and more. Read edited excerpts from our exclusive conversation below.

1. Before State of Siege: 26/11, what made you stay away from the digital medium?

I was offered a couple of web series earlier. I wanted my first one to be special. But my first reaction to State of Siege: 26/11 was an instant yes, I want to do it! When I was offered the role, I had finished two of my shows and decided I don’t want to do TV fiction anymore. I wanted to move on to the web series space since it’s a better canvas. But I was clear I didn’t want to get into the erotic genre, so I was hoping I’d get something good. And then I got a call for State Of Siege: 26/11. I was very excited.

I think it needs to be told again and again. It’s important for people to become more and more aware as citizens. Because we keep telling these stories, it’d be alive in us and it should be alive in us. It wouldn’t have ended probably if the NSG hadn’t taken over the situation. The kind of technical things involved and the training they go through, people are not going to waste time and will contact them immediately. Probably, more and more youth would feel encouraged to join the NSG. There are a lot of things about them that are wonderful.

3. Did the fact that the NSG’s perspective was never told earlier attract you to the series?

Personally, after being a part of the show, I feel NSG’s perspective is the biggest perspective that wasn’t told ever before. Another reason was that I am playing Sandeep Unnikrishnan. Since it’s NSG’s perspective, it made me run high on emotions. To portray someone like him is a lot of pressure, yes, but a huge honour. When I was offered this series, I felt it was some divine calling because it all comes back to where I began this canvas from. I read about Sandeep Unnikrishnan and found out that he was the only son. He was the training officer, who trained all the guys. I felt it’s very powerful. I think every person who went there and did what they had to do, needs to be told. People need to understand that they wanted to go at the place and save lives. We also need to know what would have happened if they had reached earlier.

4. How is the shooting coming along?

I was super excited to know what I am going to do to get trained. So, Colonel Sen has been training us in that department. Our sequences in terms of emotions, mine and Arjan’s have been great. There is lot of shooting yet to be done, but I am really looking forward to that.

A lot has changed. There hasn’t been an attack after that. 26/11 was a wake-up call. People now know better and are more aware of how to handle these situations.

6. Do real-life stories appeal to you?

It’d be exciting to play someone real. I think real stories are more exciting since these days they are remaking older films only. My dream role would be that of Virat Kohli.

Stay tuned for more updates about Arjun Bijlani and #StateOfSiege2611

Read more about Harleen Sethi talking about her previous relationships, break-ups and her work on the show Broken But Beautiful Season 2, here.

JP Dutta Has Created The Border Magic With War Film Paltan, Here's Why You Should Watch It