"Audiences should watch Bamfaad for the exceptional performances of the actors, in-depth story, music and the beauty of the city," says Ranjan Chandel 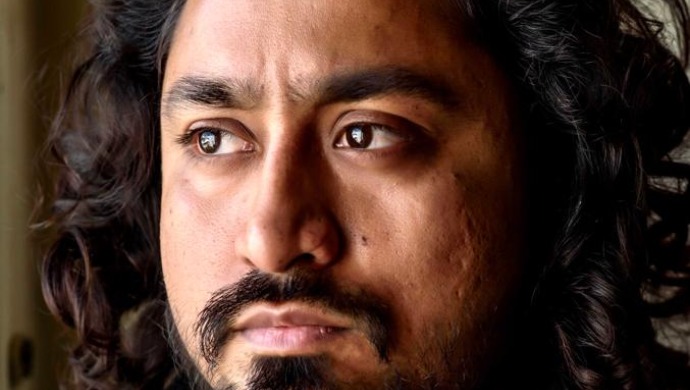 Bamfaad is the latest ZEE5 original film that portrays a classic love story rarely seen in today’s times. The movie has been directed by Ranjan Chandel who manages to brilliantly capture the essence of Allahabad. Bamfaad released on 10 April 2020 on ZEE5. The movie stars Aditya Rawal and Shalini Pandey in the lead roles and their sizzling on-screen chemistry simply wins hearts. Apart from them, Vijay Varma and Jatin Sarna give a spectacular performance and do justice to their roles. The movie is written by Ranjan and Hanzalah Shahid who bring back old-school romance with their writing. The film showcases a love story which is set in Allahabad and is presented by Anurag Kashyap along with Ranjan.

In an exclusive interview with us, debut director Ranjan Chandel shared his gratitude towards the audiences for their overwhelming love towards the film. The director talks about his experience in making the film, the powerful dialogues, his bond with Anurag Kashyap and more.

How has your experience been as a debut director?

I made a short film Jaan Jigar, which won the Mumbai International Film Festival (MIFF) 2018, and after that, I started writing Mukkabaaz. Soon after that, I wanted to make a movie and was writing scripts for the same. My co-writer Hanzalah Shahid came to me with some stories which had different titles and story. But the characters fascinated me to explore them even more. I then started writing a new script after taking these characters. It took me six months to write the script and then I met Ajay Rai (the producer of the film). He loved the film and decided to produce it.

Bamfaad has shown the danger looming over the Hindu-Muslim equations in today’s times, especially in India, but the aspects were quite different?

Where did you come up with the unique movie title?

Mere dimag ki upaz hai, meine socha and rakha yeh naam (It’s my creativity that I came up with and kept the title). The characters of Nasir and Neelam have combustible energy within them. They have a lot of passion, risk-takers, brave choices, and are going towards the path of love, loss etc. Bamfaad is a North Indian lingo term and the title describes the story, characters quite well. The word ‘Bamfaad‘ means explosive, forceful, vigorous.

How was it working with Aditya Rawal and Shalini Pandey?

My experience of working with Aditya and Shalini was great. Talking about Aditya, he made a debut in the film. He is the most disciplined actor, dedicated, and has an intelligent mind. He comes up with a lot of dedication to work and understands everything well. Had an amazing time working with him and did a lot of hard work with his performance as Nasir. On the other hand, Shalini is a very spontaneous actor and she can transform into the character within seconds. She has an X-factor and some magical thing in her. Shalini is a secure actor and performs confidently, ease to work with, dedicated actor. It was a delight working with Aditya and Shalini.

Being a writer and assisting Anurag Kashyap in directing, was it always a dream to direct a movie on your own?

Yes, I always wanted to make a film and direct one. I had a lot of stories in my mind and wanted to make a movie based on it. Eight or nine years ago, I penned down all the stories I had in my mind and met Anurag Kashyap one day. Then I started assisting him to understand film making. Anurag gave me an opportunity to write Mukkabaaz. I’m a writer-director who loves to write and direct a movie on my own.

Being from Kanpur, you have surely added your own charm in the movie and it is quite evident in the forms of powerful dialogues.

Mein aise hi sochta hu, aise hi likhta hu. Yeh mere andar hai, yeh mein hu jo dialogue aap sunn rahe ho. (I think in the same way and write it down. This is inside me and the dialogues that you have heard are me).

How was your experience working with Anurag Kashyap?

I know Anurag for a long time and have been working together. Initially, I used to assist him and later became co-writers together. The time I started making the movie, I informed him. Anurag was always there for me, but he left me free. He is a mentor for me who is always there. I showed the film to him and he simply loved it.

How did audiences react after watching the film?

Audiences are going crazy after watching the movie and we are receiving overwhelming love from them. So far, have received a lot of messages from the Hindi speaking areas and the youth are tripping over the dialogues. The audiences are loving the film and am happy that I was able to make a movie that they can relate with.

Reasons to watch the film?

People who have not seen the film so far should watch it right away on ZEE5. The movie captures the true essence of love and portrays every emotion perfectly. Audiences should watch Bamfaad for the exceptional performances of the actors, in-depth story, music, the beauty of the city.

Messages to your fans?

I want people to watch the movie who have not watched it till now and give an abundance of love to it. While making the movie, never thought about the religion or community aspect. Simply wrote interesting things and penned down Nasir and Neelam’s character. The story is about Nasir-Neelam who are trying hard to be with each other and showcase the power of true love.

5 Reasons To Binge-Watch Ek Mahanayak Dr B. R. Ambedkar On His Birthday On ZEE5!

Love U Ganesha: This Animated Film Can Teach Your Kid How To Bond With God!