Exclusive! Here’s Why Rahul Dev Believes ‘Who’s Your Daddy’ Is A Family Entertainer

Rahul Dev talks at length about his role as Prem Singh in Who's Your Daddy and why it's a family show despite the kissing scenes shown in the trailer. 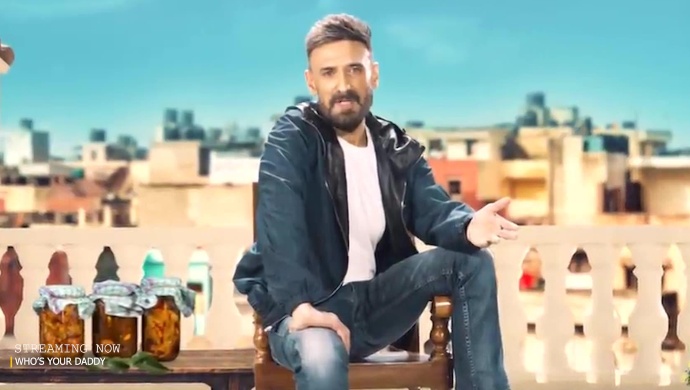 The months of March and April might not have been the greatest for everyone but Rahul Dev has done fairly well. His ZEE5 Original film Operation Parindey released in early March. He is also playing a vital role in the new series Who’s Your Daddy, on ZEE5. Of course he admits he would happily trade the roles to make this go away. He says Who’s Your Daddy will be a fun show to keep people busy at home and make people laugh at a light subject which is necessary today. Read more from his exclusive chat about the show.

Watch his character promo as Prem Singh from Who’s Your Daddy here.

1. What made you interested in the show Who’s Your Daddy?

2. Can you tell us more about your character Prem Singh on the show?

Prem Singh is a retired Subhedar from the army. He has the retired life of a serviceman which means he still exercises, stays fit and follows a routine even when he is not working. My dad was a cop so I know even after he retired, he was living a healthy lifestyle. He is a widower and his life has become very stagnant because his mother and son are both working. There’s a massive shift in his life when he finds out that his son is selling porn. It shows how being the errand boy for his son would end up bringing his life back on track. So Prem Singh has some very emotional moments on the show, which is funny, overall.

3. A lot of the promotion has been about Soggy and his cool but crazy family. Can you tell us more about the family on the show?

So Prem’s mother and his son are both working. Soggy runs a DVD renting store while Biji is matrimonial expert. You know in Delhi, and in the north, there used to be a Sharma ji. It used to be on the walls ‘Shaadi karni ho to Sharma ji ko call karo’. Prem Singh’s Biji is a Sharma ji who makes arranged marriages happen. She wants her son, Prem Singh to also move on in life after his wife’s death and marry again.

4. In the trailer, you seem like a stud north Indian dad who is well-built. How different are you to the character in real life?

In fact, the trailer doesn’t perfectly show the story. In fact, I would say it’s misleading because it doesn’t show the essence of the story. Initially the script was explicit I will admit that. However, once we started working on it we realised that there are so many beautiful moments in the the story that the explicit parts were nullified. There’s context to why he is with the women he gets and there’s an emotional journey too. To answer your question, I am not that stud type of a person in real life. I just keep myself in shape because you need to do that to be a supermodel for 10 years. It becomes a way of life and it carried over to acting as well.

5. How was it being one of the fittest actors on set? Did you share fitness tips with any of the actors?

I’ve been exercising and keeping fir for the last 15 years so I don’t even think about it anymore. I don’t think anyone had time on set to focus on fitness. We were shooting for 17 hours a day. We used to have a call time every morning but no going back time. I took a hotel that had a gym and during the entire shooting schedule of 17 days I used the gym only on 3 days which is very less. Two days I did my workouts on set itself. One of those days was when they had to shoot my exercise scenes as Prem Singh so I got my workout done there.

Then I once tried to workout on set but the set was like someone’s home in Lajpat nagar or JJ Colony in Delhi. The balconies and windows are all right there so people began gathering around to see my workout which was distracting. I tried doing pull-ups on the ledge but the stones and bricks gave no grip and bruised my hand.

6. Did you help the younger actors like Harsh Beniwal and Nikhil Bhambri as an actor?

No, Harsh Beniwal is actually quite good. He keeps doing YouTube videos so he was good. The only thing he had to adjust to was the Delhi accent, because he is a Bombay boy. That’s there for every actor when they try a new dialect. Luckily there was a 6-day workshop with everyone from the cast before we shot the series. So once we were on set it was mostly smooth going.

7. Five reasons why people should definitely watch Who’s Your Daddy?

Firstly, it is fun and comic so it might give them relief in these times. Secondly, I am in it. Thirdly, what’s the harm in trying out a few episodes when you are at home anyway. Fourth, it is a family show and almost all the kissing scenes are what are shown in the trailer only. Lastly, people will relate to this show especially audiences in North India.