On the 5th anniversary of BGPH, the camera-shy director Shashank Bali spoke about the show, writer Manoj Santoshi and his plan for the next 5 years! 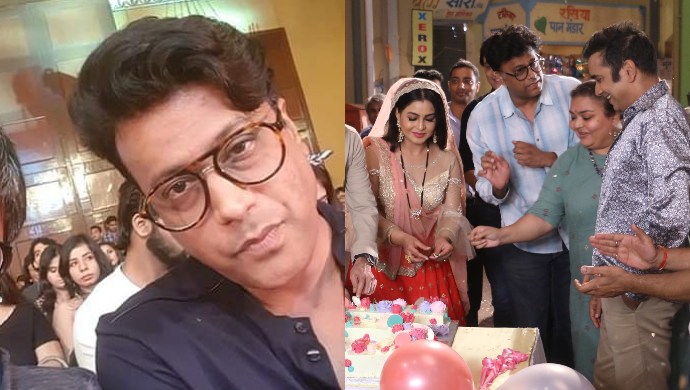 While he creates magic from behind the camera, the mastermind behind the comical world of Bhabi Ji Ghar Par Hain!, director Shashank Bali, prefers to stay away from the limelight. Starting in 2015, the show celebrated its 5th anniversary on 2 March 2020 with the entire cast and crew, including the lead actors, Rohitashv Gour, Shubhangi Atre, and Aasif Sheikh. They cut a huge cake on the set of the show in Naigaon, Mumbai. After the celebration, Shashank Bali, in a candid interview, shared his feelings about the success of the show:

1. How do you feel about completing 5 years of Bhabi Ji Ghar Par Hain and being a part of it for so long?

The feeling is excellent! In a place where the audience is so fragmented and fickle, and there are so many options available to them, with different genres to watch on individual entertainment channels, Bhabi Ji has been watched loyally for 5 years and people have loved it. So its definitely an encouragement!

2. How did your transition from F.I.R. to Bhabi Ji happen?

3. Also, a spin-off of one of the characters from Bhabi Ji, Happu Ki Ultan Paltan is celebrating its 1st anniversary on 4 March 2020. What are your feelings about collective success?

See, ‘spin-off’ is just an English word for it. I made it only because Happu Singh is an integral part of Bhabi Ji. I feel, how Happu comes to our bhabi ji’s house, one day, I just went home with Happu and started telling the story about his family. And it’s been a year doing that now!

4. 1300 episodes have gone by on Bhabi Ji! What keeps you motivated to come on the set and shoot every day?

On the set, our motivation is the team. I’d say, aapas me mazaa aata hai, haste-khelte kaam ho jaata hai! And Priyanshu and Mohit, members of our team have continuously watered. aired and manured our little plant, which has grown into such a huge tree now! We’ve also travelled to Jalesh (Mumbai) and Goa together to shoot, and they’re incredible support!

5. Out of the 4 lead actors, who do you enjoy directing the most?

All of them actually! But because my equation with Aasif Sheikh goes 7 years back and I’ve assisted him on a few projects as well, I have fun with him and respect him at the same time. The whole team is amazing, but yes have a connection with him!

6. You’re doing comedy for 5 years and it’s not easy! Is it your comfort zone or would you tap into other genres as well?

Yes, comedy is my comfort zone! I’d like to do other genres as well, but right now nobody is offering them to me. And I’m happy doing Bhabi Ji and Happu!

7. You would you describe the writer-director bond that you share with Manoj Santoshi?

My wife tells me “Manoj is your wife!” I can’t give you a bigger example of the writer-director bond. Manoj and I are friends for 21 years. We started off together, as assistants in writing and direction teams respectively. I’m equally close to him as his wife would be (laughs)!

8. International Women’s Day is on 8 March 2020. On the show, 2 different kinds of women are represented by Angoori and Anita bhabis. What message would you give to the men out there?

Every day is Women’s Day on Bhabi Ji Ghar Par Hain! We praise both our bhabis. Though our show is on the lines of flirting with another man’s wife, the characters Vibhuti and Tiwari have never dared to misbehave with them or touch them sleazily. Yes, they’ve admired them and funnily teased them. But they’ve never ever crossed the line! Objectification of women has never happened on the show. We respect women in every way. The mohalla reveres both the bhabijis as their mothers. In our world, we worship bhabis.

9. Would you say to the fans/viewers who have been watching the show for so long?

Like Vishnu Shankar (Programming Head, &TV) said, “May this journey go on for 10 years!”. We’ve come halfway. 5 more years to go. I wish that the audience keeps watching us loyally. Even if we make bad episodes sometimes, they should still love us. May they never turn their faces away from us or get upset. And may they also give us feedback when we do badly; we’ll correct ourselves!

Watch 'Happu Ki Ultan Paltan', a spin-off of the &TV show on ZEE5!

Revisit These 7 Iconic Funny Dialogues From 'Welcome' On ZEE5, Your #TicketToBollywood