EXCLUSIVE: Jatin Sarna On Being The Villain In Bamfaad: Zahid Is A Romantic Character!

Jatin Sarna tells us how Imtiaz Ali's Laila Majnu helped his character in Bamfaad. He also reveals why he refused to hug his on-screen love interest! 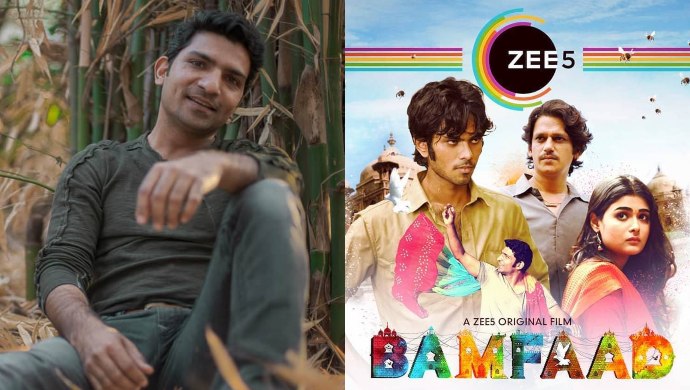 Jatin Sarna has been a part of the industry of a while. After a string of strong roles and solid performances, Sarna is finally making his own space in the Hindi film industry. He was seen in the small but very influential role of Zahid in the latest film Bamfaad on ZEE5. Jatin begins by telling us that is not just doing social distancing but is also keeping himself off social media too. He says that this is all to avoid fake news and that he is using the time to be productive by working on his acting skills and writing his own scripts. He talks to us about his role in the film and his unique approach to the character.

Watch the trailer for Bamfaad here.

1. What was the early reaction to your role in the film Bamfaad and the film itself?

The thing is I got good reviews for my character. The people close to me who have seen the film also love my role. On a personal level, I feel a little disappointed because some of my best scenes didn’t make the final cut. Otherwise, all in all, the reactions have been positive.

2. What was it about the character Zahid that made you want to do the film?

This was the first time I was playing a completely romantic role. Zahid is in love with Walia, his girl next door, and he never tells her. And the lengths he goes to for love, even putting everyone else’s life in danger. The movie is a clash between Nasir Jamal (Aditya Rawal) and Jigar Faridi (Vijay Verma). However, behind everything going wrong in the film was Zahid. He’s the one causing all the chaos in the film despite not having much power by himself.

3. How did you prepare for the role of Zahid?

The one film that was my driving force in this film was Imtiaz Ali’s brother’s film Laila Majnu. When that movie came out, I really wanted to do something like that and the songs were in my head all the time. I used those songs for the 21-23 days I was on shoot. Everyone knew I listened to songs from that movie before coming on set. I used to drive around the city, Kanpur, with the bike that Zahid’s character has. I would look at people. I would look at balconies hoping that my girlfriend from the movie will come out from there.

There’s one scene which didn’t make the final cut, where I am pulling Walia (Sana Amin Sheikh) close to me and kissing her. I knew this scene would be there so throughout the shoot I never hugged her off-camera too. She always asked me why I didn’t hug her even though everyone else did. The first time I hugged her was during that scene because I wanted that energy to come out on screen.

4. Did you shoot for this film before or after 83? How difficult was it to shift from one character to the next?

This was shot way before 83. But it is difficult to move on from one character to the next. I was playing the role of Ratan Singh in Abhishek Chaubey’s Sonchiriya before this film. The thing is for that character was that he was mute and impotent. He was a layered character who had to express everything through gestures and body language. From that set, I went to Sacred Games where I played Bunty who was a rough and loud character.

When it came to Bamfaad, I had to change myself again. If you see Zahid is very submissive in front of Jigar Faridi. He will not speak a word wrong, whereas with friends, he will say whatever he feels like and I had to practice that kind of body language. Even the writer Hanzalah helped me understand the dialect, the accent. I used to sit with him before every shot to check if I am saying it properly.

5. Which films or series on ZEE5 did you watch and enjoy?

I’ve seen Rangbaaz and Uri and Simmba. I have also seen the collection and there are films that really interested me. So I’m going to be watching them now.