"You don't have to be great friends to generate great chemistry. You have to be very professional," says Coldd Lassi Aur Chicken Masala star Rajeev. 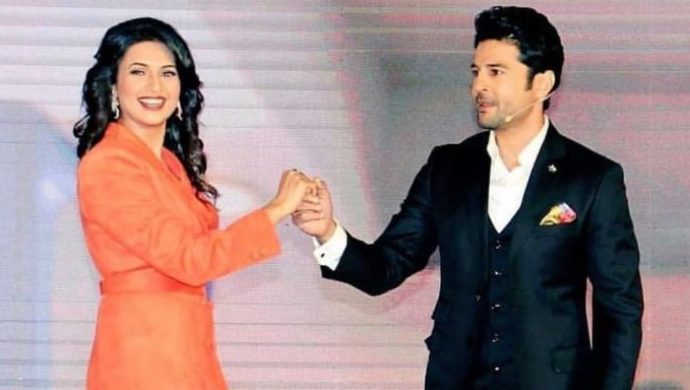 A rise in temperature was recorded soon after Rajeev Khandelwal and Divyanka Tripathi Dahiya‘s web series Coldd Lassi Aur Chicken Masala started streaming on ZEE5 and ALTBalaji from 3 September 2019. Blame it on their sizzling chemistry! The romantic digital drama features Rajeev as a Michelin-starred chef Vikram while Divyanka plays his ex-wife, chef Nitya. Given their sweet, spicy and masaledaar chemistry in the episodes, it’s easy to assume the actors share a great rapport or friendship. However, in an exclusive conversation with us, Rajeev revealed that he and Divyanka don’t even have each other’s phone number. Yep, no kidding. Read on to know all that he has to say about his off-screen bonding with his co-actor.

“I first discovered Divyanka on Juzz Baatt,” explains Rajeev who had hosted the actress on his talk show last year. “Until then I was told she is a very popular television actress and I had moved out of television. I don’t even watch television. Nothing has changed from then to Coldd Lassi Aur Chicken Masala. Nothing. I still do not have her number, she doesn’t have my number. I have never met her outside of the sets, I have never spoken to her outside of the sets. We are both very professional actors. She has her own life and I have my own life. You don’t have to be great friends to generate great chemistry. You have to be very professional and have respect for each other. She gives me tremendous respect and I’d like to believe that I give her a really good amount of respect. And that is why people loved our chemistry. We are very different people. After pack up, she does socialize, I don’t at all. She is happy in her space, I am happy in mine, is what’s similar between us,” he asserts.

Further adding, he says, “Even during the shoot, we never really partied together. We were staying in the same hotel, but we never had a drink together or dinner together, that way. It is surprising maybe, but that’s what it is. Fans probably now will understand that it’s all about acting and give credit to our performance too. She is a lovely girl but we are not friends who hang out together or something.”

What are your thoughts about Rajeev and Divyanka’s stint in Coldd Lassi Aur Chicken Masala? Tell us in the comments box below. Meanwhile, watch Divyanka on Rajeev’s show Juzz Baatt here:

Watch Akshay Kumar’s 2016 film Rustom on ZEE5, based on the Nanavati scandal.

4 Scenes In Phobia Where Radhika Apte Outdid Herself