Jamai 2.0 actor talks about his friends from the industry, his singing debut and his latest binge-watch Never Kiss Your Best Friend on ZEE5. 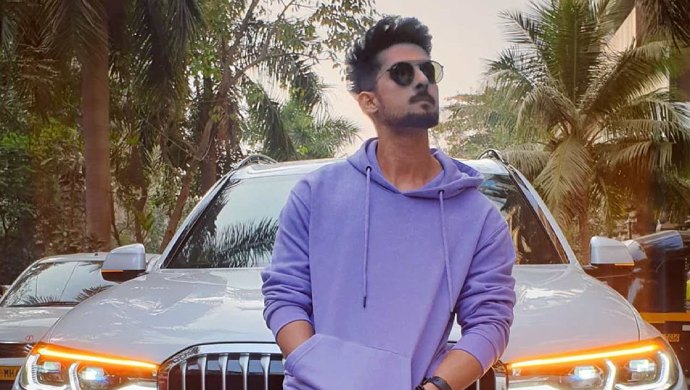 Ravi Dubey is one of the many TV stars who made a successful shift to the webspace. A lot of these stars like Arjun Bijlani, Nakuul Mehta and soon Karanvir Bohra have made their digital debuts with ZEE5. Ravi Dubey was present at the ZEE5’s Second Anniversary celebration at JW Marriot in Mumbai because of his digital series, Jamai 2.0 which was an instant blockbuster. We sit down to chat with him about how Jamai 2.0 has changed his career and the OTT space.

1. What kind of reactions did you receive from audiences for Jamai 2.0?

It’s been amazing as a brand it is has been extremely lucky. For everyone who was part of the brand, I think it has proved to be quite lucky for them. When Jamai 2.0 launched it was a unique concept of a story transitioning from TV to web. When you do something for the first time you are nervous. Even the makers were quite anxious about how it would turn out. But seeing the massive positive reactions we were all happy that it turned out to be good.

2. Do you see any other show being able to transition so well from TV to the webspace?

I don’t know if this will become a trend but I definitely think it should. I feel if you can get the content audiences love on TV and offer them parallel content in the digital space I think it can do wonders. I think if you can bridge the gap between TV and web audiences with good content then, the sky is the limit.

3. You also made your singing debut with ‘Rubaru‘ in Jamai 2.0. How did audiences react to your song?

People had heard the song earlier because it was the soundtrack of the TV show. When we revived it for the web series, there was a lot of excitement. It went extremely well, my wife (Sargun Mehta) and I got a chance to produce the music video too. So that was another exciting and adrenaline-filled journey for us.

4. Do you see yourself singing any more songs?

I don’t know, you are asking for it. (laughs) No, but I am an actor, not a singer. This song was a good marketing point for the show and it felt right to experiment with it. However, I am not very good at singing, so I’m not sure if I’ll be singing any more songs. But there are different things I’m trying to explore now, especially with production.

Keep your fingers crossed is all I will say. I’m not a liberty to discuss that yet.

6. We saw your post promoting Karanvir Bohra’s new ZEE5 Original ‘The Casino‘ and Arjun Bijlani’s State of Seige: 26/11. How excited are you to see your friend’s work also on ZEE5?

It’s great to see all of my friends on ZEE5. We’ve all been part of the same TV fraternity for over a decade now, Nakuul (Mehta), Arjun (Bijlani) I, and Karanvir has been here for a decade and a half I think. But I feel like we are all from the same batch of TV actors and we are thick friends. So if Nakuul’s show or Arjun’s show does well, it takes the entire industry forward. I am all guns blazing in promoting my peers because that’s how we will take things forward.

7. We’ve been seeing this trend of popular TV stars making big digital debuts with ZEE5. Do you feel this is the most ideal platform for TV stars?

I think they are very wise. Of course, as a television performer, I do have a vested interest that my industry (Television industry) takes a step forward and people give it the credit and appreciation it deserves. However, I do feel like it is a wise decision to bank on television stars. Because TV actors come with their own audience, their own reach and brand equity. So I think it’s a very intelligent move that ZEE5 is using TV stars in the OTT space.

8. ZEE5 turned two years old, which show (apart from Jamai 2.0) did you watch and enjoy the most?

9. Any wishes for ZEE5 for the next year?

All the best for the coming year. I have become friends with many people in the leadership at ZEE5 during my time making Jamai 2.0. So I’m not just wishing ZEE5 as an organisation the best of luck, but also everyone from there who I am close friends with.

#WorldHealthDay: Imagine If Bhimrao's Family Had Access To Healthcare Free Of Cost!