Exclusive! Saadhika Syal In REJCTX 2: Fans Will See A Bolder And Badass Side To Sehmat Ali

Saadhika Syal talks about playing the bisexual, gender fluid Sehmat Ali in REJCTX and reveals how fans asked her for help in coming out of the closet. 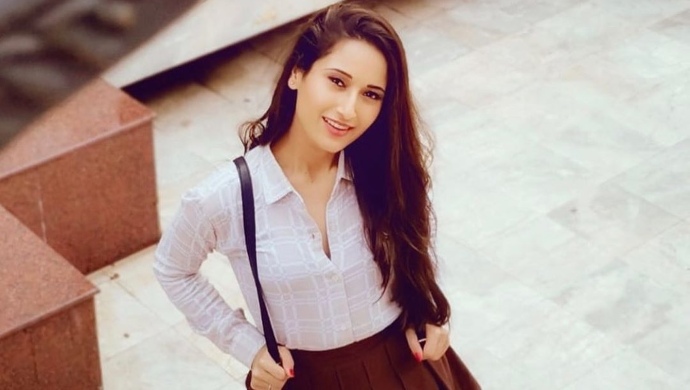 Saadhika Syal plays the popular character of Sehmat Ali in the the series REJCTX. Sehmat is gender fluid and bisexual. She talks to us about how she got comfortable with doing intimate scenes with a woman, and how her life has changed after this role. Saadhika also mentions that shooting for the second season felt like a thriller, because they were working day and night to ensure that the shoot is done properly before the lockdown began.

Here’s a trailer for the second season of REJCTX streaming now on ZEE5.

Since you have the most unique character in the show. How excited are you for the new season, and what can we expect from Sehmat?

So, the best thing about doing another season is that you get to explore different sides to the same character. In the first season, Sehmat was mostly confused, timid or scared about her secrets being exposed. However, in the new season you will see a bolder and badass side to Sehmat. She has lived through all the problems she was afraid of and now she is more confident than ever. I was really excited to show this other side of Sehmat.

You play a queer and gender fluid character on the show. So what were the kind of responses you got for your character?

A lot of my friends felt that this was a great first break as an actor. I don’t think gender fluidity has been explored as a story in any series. Even I heard about gender fluidity, when Goldie sir was describing Sehmat’s character to me. I used to think being gender fluid and bisexual are the same thing, but I realised I was so wrong. It was very exciting for me to play such a character with so many layers.

I get a lot of messages from girls asking me how I managed to come out of the closet, and want advice on how to do it themselves. Then I have to tell them that I am an actor, and I was only playing a role. I guess they bought into the character so much, that they couldn’t tell the difference. It’s a great compliment and honour for me, that people would look to me for advice.

While preparing for the role did you talk to people who are similar to your character?

I mean it was tough for me to do intimate scenes with a girl, because it is not normal for me in real life. But I think what helped me was our director. Goldie Sir told me how he wanted me to portray the character. So because of his clarity, I didn’t feel the need for external research, because I got everything I needed to work with.

How was it returning to the sets of REJCTX for the second season?

It was great, because we were all excited to get back on set. I think the bond has gotten stronger in this season. The environment was a lot more warmer on set. We are all young people on set, and even Goldie Sir is young at heart. We had spent two months together in the first season, and now we spent another month with each other. It was double the fun compared to season one.

Do you feel shows like REJCTX become more important because of incidents like Boy locker room? Because parents no longer understand what their kids are up to, and kids don’t understand the dangers they are exposed to.

I think that was Goldie Sir’s idea behind the story of REJCTX too. Times have changed, and the things today’s children grow up with are very different to what their parents were faced with. Things have changed massively since Goldie Sir made Remix too. I think the show REJCTX is to help people understand the kind of challenges today’s youth face, and possibly find a way to tackle those problems. Definitely, the show will help parents understand their teenage kids better.

Do you this officer Rene is a response to people who felt REJCTX showed lives of privileged kids?

It does seem like that. Even if you see the teaser you will see that she is out to get these privileged kids. But if she was planned as a response to people who said the show was about privileged kids, I wouldn’t know. I think Goldie sir would be the right person to answer the question, but it sure feels like that.

What are the three qualities you have in common with your character Sehmat?

Actually there’s only one! I had asked the same question to Goldie Sir when he cast me as Sehmat. He said, “I just wanted someone who has a sense of calmness on her face, but can act out so much going on inside her. Because when I reveal Sehmat to the audience, they will think she is the most sorted person, but later on they realise she has the most hidden secrets. I see some of that in you’. When he said this, it gave me a real boost to play the character and I wanted to do it well.

Which co-star do you share the same bond as we see on-screen?

I think we are all good friends. We’ve spent a lot of time together, and this is almost everyone’s first project, so we really bonded well. We are good friends on-screen and off-screen.

Since the show is getting hotter and bolder this time. Can you tell us three co-stars you find the hottest in this series?

Lastly, how much has your life changed since the first season released?

When we shot for season one within 10 days, we were already seeing posters of our show everywhere. None of us are from a film background, so Goldie sir gave us a grand screening for the show which felt very special. After the show when I went for auditions people recognised me. They had seen my body of work, and I was getting more meatier roles. What I am still overwhelmed by, is the love from the audience, that I never expected. I hope they enjoy my character in this season too.

Watch Saadhika in the second season of REJCTX streaming on ZEE5 from May 14 2020.

Happy Birthday Nawazuddin Siddiqui: Thank You For Changing The Face And Shape Of Bollywood