"Factual and accurate, ZEE5 Original State Of Siege: 26/11 is going to be like no other show on any streaming platform," Unnithan in an interview. 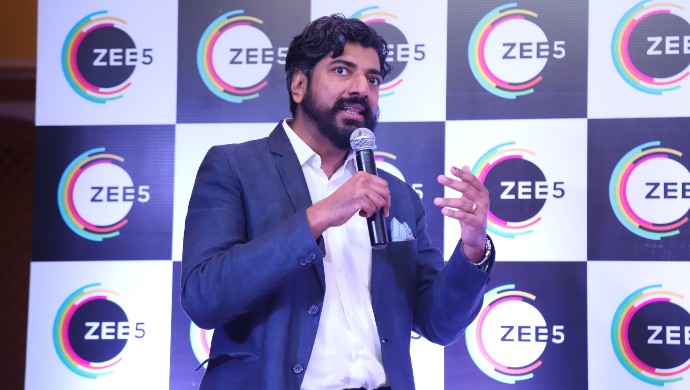 The State Of Siege: 26/11 is set to release on 20 March, and it’s finally time we see the man with whom it all began. Sandeep Unnithan wrote the book ‘Black Tornado’ on which the series is based upon. At the ZEE5 March Calendar Launch, he spoke about the series and what audiences can look forward to. State of Seige: 26/11 stars Arjun Bijlani, Arjan Bajwa, and Vivek Dahiya in the lead roles and is an in-depth look at the 26/11 attacks. Sandeep Unnithan, an experienced defence writer and editor tells us why this series will be like a post-mortem about the actual incident.

1. Congratulations on the show and the trailer that has received a lot of positive reactions from audiences. Do you feel that the show is true to your vision?

I haven’t seen all eight episodes, but from what I have seen so far I can tell you that it’s going to be great. It’s going to be like no other show on any streaming platform.

2. How did you research for the book? What were the challenges you faced?

So, it was a long, long trek for me. It took me 3 to 4 years to research for the book and put it together. The biggest problem that I encountered was that most of the people who were part of this operation were serving armed officials. – Serving army commandos, naval official, army officials. Thus, getting permissions to talk to them was a big task.

3. Did you feel they were open to discussing the incident or did they hesitate to get back in the past?

I think a lot of them were open to discussion when they figured out who was writing it. I’m fairly well-known in the defence circles and they were aware of my by-line. So they knew my work and trusted me to do justice to the story. My aim for writing this story was that this was the first time that all the three forces – Army, Naval, and Air Force, joined hands to fight a terror attack. This will also be seen in the web series. That, and the fact that there was no fact-finding commission that went into the inadequacies that night makes me feel that my book is more like a post-mortem.

4. While speaking to Lt. Col. Sen he mentioned that this series was the first time the story was told from the perspective of a National Security Guard (NSG). Did you have the same idea in mind while writing the book?

My book is primarily around the NSG role and is named after the NSG operation ‘Black Tornado’. The majority of the narrative is from the perspective of the NSG. Because they had to save the hostages first before dealing with the terrorists. They also had to deal with the very real threat of terrorists mixing with the hostages. The story follows the two and a half days that NSG conducted this operation to kill the terrorists.

5. Can you elaborate upon the room intervention used in the counter-terrorism operation?

6. Was this your first experience on set?

I’ve been on sets before but not on the set for a web series like this.

7. How was the experience?

What struck me most was how well they had constructed the sets of Taj Hotel in one of the hotels in suburban Mumbai. For a second I felt I was at the Taj because it even had the same M.F. Hussain painting. We have a man like Lt. Col. Sen guiding the actors telling them how to make things more real.

8. You mentioned that there wasn’t any Central Enquiry in this matter? Why do you think that was?

I think the government of the day was incredibly embarrassed to look into it. There were multiple warnings from the American intelligence agencies saying that there will be terrorist attacks on the hotels in Mumbai. The government simply passed it down to the Mumbai police who was not equipped to deal with this situation at all. The NSG should have been involved right from the start. It was a war against India, not Mumbai or the Taj Hotel.

9. Do you think it helps that the project is being helmed by an international director? Did it bring a different perspective?

I think the fact that there was an international director, as well as web series, is a new format in India that works best for the show. We haven’t matured to a level where we can pull off something along the level of international action thrillers yet. It will take us a few years to get to that level. The producers of this series had an interesting project and it didn’t make sense waiting so they made a sensible decision and brought in an international director.

Watch the movie Hotel Mumbai, about the 26/11 attacks at Taj Hotel, only streaming on ZEE5.