EXCLUSIVE: Saumya Tandon Talks About Her Journey And How It All Started

"The turning point was when I came to Bombay for an audition which later got converted into a show," Bhabi Ji Ghar Par Hain actress reveals in a chat 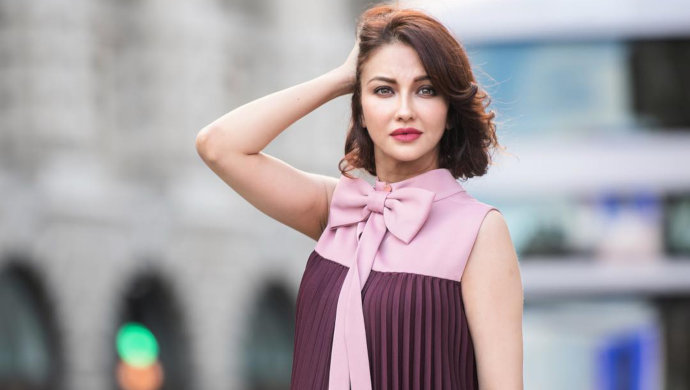 Saumya Tandon is a well-known actress and her character Anita from Bhabi Ji Ghar Par Hain has a crazy fan following pan-India. Currently, the actress is on maternity leave and her fans are missing her on the show and requesting the makers to bring the character of Anita back (even we are waiting, eagerly). The actress was recently blessed with a baby boy a few months back. On the show, her character has gone on a business trip to Lakhimpur Kheeri and will be back soon.

While having a chat with Saumya, we asked her about her life before Bhabi Ji Ghar Par Hain and how she ended up being a part of the 2007 film that will go on to become a cult classic.”Jab We Met was an iconic movie and I decided to be a part of it because I liked the story as it was fresh. Though I played a small role in it, the character was nicely written.”

Apart from the movies, the actress has also hosted a lot of reality shows like Zee TV’s Dance India Dance, and upon asking her about her experience she said “I quite enjoyed hosting shows, as I primarily hosted the television show Dance Indian Dance which was the first dance reality show and then the trend continued. Then I did Bournvita quiz contest as a Quiz Master with Derek O’Brien for three seasons. I also hosted shows across all the genres which included one reality show where I got to work with the superstar Shah Rukh Khan.”

We then asked her about the turning point of her career and the actress replied “Honestly, the turning point was when I came to Bombay for an audition which later got converted into a show. Though it didn’t last for a long time, it made me come from Delhi to Mumbai as it was the first time I had cleared an audition. I had no plans to do television shows as I couldn’t relate to them. I got the opportunity from Bhabi Ji Ghar Par Hain which was different from the other shows and that’s what made me take up the role.” We feel it was her destiny to enter the industry and play the popular character of Anita Bhabi.

Would you like to know more about the actress? Watch this space for more.

Till then you can watch popular Bollywood movie, Sonchiriya exclusively streaming on ZEE5.