EXCLUSIVE: Saumya Tandon Opens Up About Her Journey, Co-Stars, Motherhood And More…

"I think it was my destiny to become a part of one of the best shows on Indian television,"Bhabi Ji Ghar Par Hain actress reveals in an exclusive chat 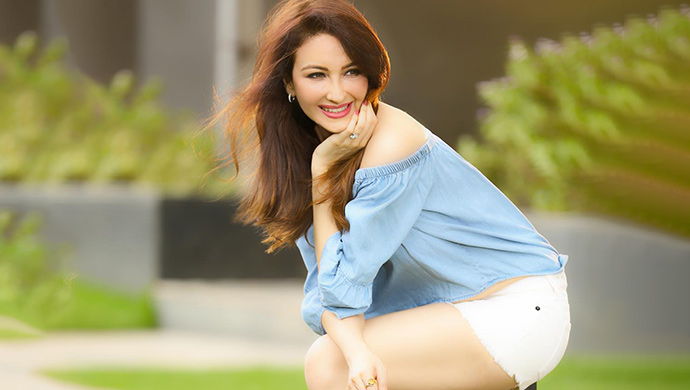 Saumya Tandon aka Anita Bhabi from Bhabi Ji Ghar Par Hain is one of the most popular television characters of the decade. The actress is currently on her maternity leave as she was blessed with a baby boy a few months back. Post her delivery, the actress is seen working hard to get herself back in shape while doing all the motherly duties.

While we say this, take a look at the popular show Bhabi Ji Ghar Par Hain below:

In an exclusive interview with us, the actress opened up about her experience in the TV industry and her co-stars and many more things. Take a look at the conversation below:

Q. Jab We Met was your debut movie, what inspired you to be a part of this project?

A. Jab We Met was an iconic movie and I decided to be a part of it because I liked the story as it was very fresh. Though I played a small role in it, the character was nicely written.

Q. Before Bhabi Ji Ghar Par Hain you hosted many popular shows, how was your experience?

A. I quite enjoyed hosting shows, as I primarily hosted the television show Dance Indian Dance which was the first dance reality show and then the trend continued. Then I did Bournvita quiz contest as a Quiz Master with Derek O’Brien for three seasons. I also hosted shows across all the genres which included one reality show where I got to work with the superstar Shah Rukh Khan.

Q. What do you feel was the turning point of your career?

A.  Honestly, the turning point was when I came to Bombay for an audition which later got converted into a show. Though it didn’t last for a long time, it made me come from Delhi to Mumbai as it was the first time I had cleared an audition. I had no plans to do television shows as I couldn’t relate to them. I got the opportunity from Bhabi Ji Ghar Par Hain which was different from the other shows and that’s what made me take up the role.

Q. You have been a part of Bhabi Ji Ghar Par Hain since the beginning of the show and now it has completed 1000 episodes, how do you explain this experience?

A. It is very difficult to make people laugh on a daily basis, but when it comes to Bhabi Ji Ghar Par Hain it has got a loyal viewership in the country. It is because the show is beautifully written and so are the characters. The show has a subtle comedy, as I personally don’t like slapstick comedy at all. I was very reluctant to be a part of the daily soap bandwagon after the experience of my first show but I think it was my destiny to become a part of one of the best shows on Indian television. Some people also refer the show to be reminiscent of Hrishikesh Mukherjee kind of films.

Q. It is fun to watch you as Anita in the show but how do you relate or differentiate your personality with the character of Anita?

A. About my character, I made sure that it is not caricature-ish and doesn’t depend on one-liners. I try keeping it as spontaneous and natural as much as I can. Anita’s character is a very strong independent woman, which I am. She is a very dominating wife, which I am not. I have an opinion of my own but not dominating. Anita always stands for righteousness and I think I do that too. I stand up for things I don’t like and I speak about the issues. Anita for me is also very aspirational as she makes her husband dance on her tunes, which I don’t think I can, so that is also aspirational for me.

Source: Instagram
Q. How is your experience while working with brilliant actors like Aasif Sheikh and Rohitash Gaud?

A. Aasif Ji and Rohit Ji are fabulous actors as most of my scenes are with them. Aasif Ji is a very versatile actor and Rohit Ji is the most dedicated actor and it has been a wonderful journey with them. I keep fooling around with Aasif Ji and keep teasing him a lot and keep telling that he is 18 till he dies. Rohit Ji is usually very quiet on the sets when he is not shooting but he is one of the most dedicated actors on the sets.

Q. Happu Ki Ultan Paltan is known to be the spin-off the show Bhabi Ji Ghar Par Hain, have you watched the show?

A.  Happu and Gori Mem have had a very interesting track and the audience really liked it. Happu has a new show on his character, but honestly, I haven’t been able to see it. I am sure that it is replete with ideas that Yogesh used to share on the sets and jokingly say that you must have the character of my wife come on the show. He had this wish and now it has come true, he has a new show that is based on his character, wife and his 9 children. It is quite nice to see that he always wanted it and he got it.

Currently, the actress is busy with the interiors of her new house which she has been doing all by herself. It took a little longer to get completed as she had her delivery but now she is back with full speed and plans to shift in the new house in another two months.

We are waiting for Saumya to return to the show as it has been a long time we haven’t seen anyone terrorising Vibhuti lately.

What are your plans this weekend? We suggest you watch Karenjit Kaur season finale exclusively streaming on ZEE5