Exclusive: Ssudeep Sahir Shares His Birthday Plans With Us – Read Details Inside!

Our favourite Ssudeep Sahir aka Paramavatar Shri Krishna celebrates his birthday today. Here's wishing him a good one. 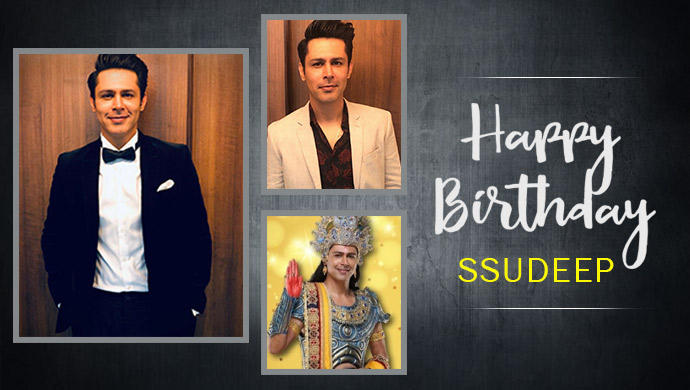 And TV’s popular mythological show Paramavatar Shri Krishna has become a favourite among all age groups. The audience enjoys watching the show as it narrates the story of the Hindu God Krishna. This TV show has a great viewership as compared to any other mythological show currently telecast on Indian television.

Actor Ssudeep Sahir who essays the character of Krishna enjoys a great fan following today. Not only this, but the actor also plays the characters of Ram and Vishnu in the same show. The reason is that they all are the incarnations of Lord Vishnu. The fact that he essays multiple characters explains the dedication and effort that the actor has to put to portray them. If you too are a fan of Ssudeep Sahir, then you must be aware that today, that is  December 7, is the actor’s birthday.

We called Ssudeep to wish him on his birthday and asked him about his birthday plans. Here’s what the actor said: “My wife and my son have planned a surprise and I only know that there’s a surprise. Most of the time I am shooting but I do try and take a day off to spend as much time with my son, wife, and parents. My agenda is that wherever you are, be with your family, because unke bina to maza hi nahi ata, and I think that is the happiest place where one can be.”