Sudhanshu, aka Marwah, tells us about his flamboyant character, the shoot in Nepal and his experience on another hit ZEE5 original series Jamai 2.0. 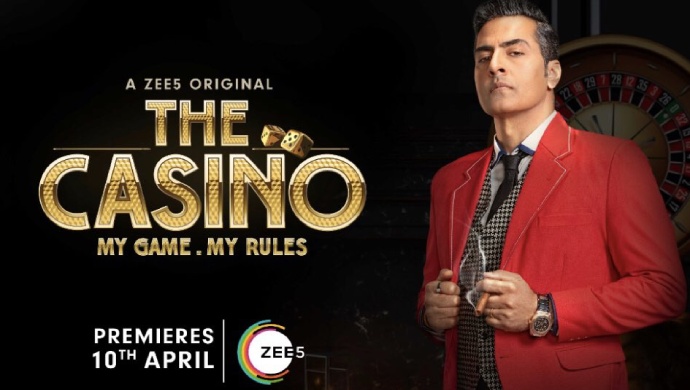 Starting out as a singer with indie band, Band of Boys, Sudhanshu Pandey has come a long way. He has done quite a few roles in his career in popular TV shows and films. His latest web series The Casino will see him returning to ZEE5 after his role as a Tamilian cop in Jamai 2.0. He talks to us about his his work on ZEE5 and why people should definitely watch his upcoming show, The Casino.

Watch the interview clip with the cast of The Casino here.

1. What should audiences expect from The Casino?

I’m playing the role of Karanvir’s father which can become kind of difficult sometimes. But no jokes aside, it’s a power struggle and how far people will go for power. There’s a lot of love, lust, jealousy. There’s also a lot of colours on the show, because there are a lot of good-looking and charming people like Mandana and Karanvir.

2. Can you tell you more about your character on The Casino?

I’m playing the role of Marwah. He’s a business tycoon who owns the casino. He’s not a white collar tycoon because he has done some horrible things to get where he is. He is afraid of losing his power so he continues to do some dark things to stay in power. This is what Marwah is all about.

3. What was the mood like on the sets of The Casino?

It was a great shoot because we had a great unit and it was shot in a Nepal which is a beautiful location. There were a lot of loving and nurturing people on set. I feel like The Casino is one of the most beautiful shoots I have been on. Not just because of the location but even because of the people I worked with.

4. We’ve been seeing a lot of Tiktok videos of actors behind the scenes…

Oh yeah! The full credit for that has to go to Karanvir Bohra. Normal people like me and you have a daily routine of brushing our teeth, going to work not Karanvir, he only does Tiktok. I sometimes seriously feel Karanvir owns a stake in Tiktok or something. He does Tiktok first and then it trickles down to his Instagram, Facebook and other social media profiles.

Watch the teaser for The Casino here.

5. You were also seen in the hit ZEE5 Original series Jamai 2.0.. How was that experience?

I’ve done work in the South Indian industry before. My latest film was 2.0 with Rajini Sir and Akshay Kumar. So I have played roles in South Indian films but Jamai 2.0 was the first time I played a South Indian cop in a Hindi show. So I had to get the distinct Southern accent in my Hindi which was interesting. I’m glad people watched the show and enjoyed it as much as I enjoyed working on it.

You were a popular singer before you became an actor. What is your review of Ravi Dubey’s singing debut with Rubaru?

I haven’t heard the song, but Ravi (Dubey) is a very talented guy. I’m sure he did a good job because he is always ready to work hard. I have only seen the promotional bits and they sounded quite good.

Watch Sudhanshu Pandey in Jamai 2.0, streaming only on ZEE5.