Exclusive! Teena Singh: After Love Bites My Friends Joke That I Am ZEE5’s In-House Talent

Teena Singh, aka Vijayanthi of Love Bites, tells us why she chose to play that role and talks about her long-time association with ZEE5. 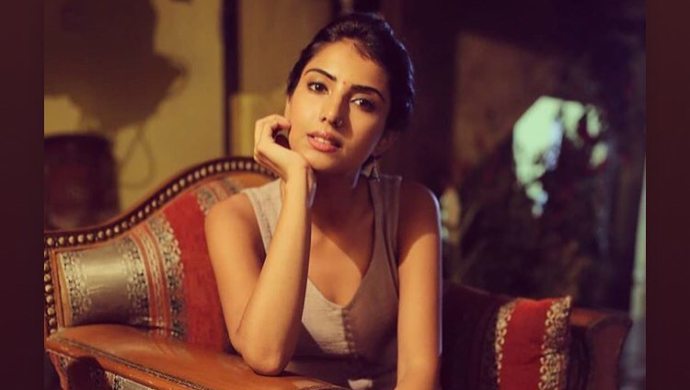 Teena Singh has made a career out of impactful roles with less screen time. She was previously seen in movies like Raid, Akira and more lately Kabir Singh. On Love Bites she plays the role of one of the seven girls, who teaches Anshuman Malhotra‘s, Vishwas, a lesson in love. Teena Singh’s character, Vijayanti, stands out for being the sanskaari and homely girl amongst the other women on Love Bites.

Watch a short introduction to her character here.

Despite being really hungry and the strong temptation to gorge on unhealthy fried food outside the room, Teena Singh chose to sit down for a quick chat.

Int: You play the role of a Mallu girl Vijayanti on the show Love Bites. Tell us more about why you chose the role?

Teena: I was offered to pick whichever girl I wanted to play out of the 7 and I chose to play the role of Vijayanti. That’s mainly because all the roles I have done were of girls who wears shorts and ganjis and tight fitted party dresses. People had not seen me in roles a full Indian avatar so I chose to do that for the first time.

Vijayanthi is a daughter raised by a strict single father. When  Vishwas enters as a paying guest he sees Vijayanthi as a homely sanskaari bahu. What happens between them later is something to look out after watching the show.

Int: What is one millennial aspect of Love Bites that you relate to?

Teena: Everything really. It’s completely about modern millennial relationships. Like I knows boys like Vishwas from small town villages who get a real culture shock when they move to a big city. They then learn different lessons about love and life. They have to pay rent, deal with heartbreak and even your family wants you to come back.

Even I kind of left my home in Punjab without taking my parents’ permission. Like Vishwas, I also had tough lessons to learn who really likes you and who is taking you for a ride.

Int: If you had to pick one girl from Love Bites for Vishwas to end up with, who would it be?

Teena: Of course Vijayanti. (laughs) Not because she is a nice and simple girl who deserves to be with a nice and simple boy like Vishwas. They will both stay at home and not party too much. They can even dance together. I have a fun dance sequence also with Vishwas.

Int: This is not your first time working with ZEE5. You’ve done an episode of Parchayee too…

Teena: I was also in one episode of this series called ‘The Story‘ along with Sumeet Vyas (Rejctx, The Verdict). I think this was much earlier when web series was not even a thing in India. The whole OTT space was new. Then I did Parchayee too and now this. My friends have a joke saying I am ZEE5’s in-house talent. I hope they keep putting me in different roles. Make sure you put that in.

For the year 2020, Teena Singh’s resolution is to focus completely on her work and we hope to see more and more of her on ZEE5. Watch the blockbuster movie ‘Dream Girl‘ on ZEE5, starring Ayushmann Khurrana as a small-town boy who gets into all kinds of trouble.