In an exclusive interview for ZEE5 Original Comedy Shots, Rahul Dua talks about having such a horrible boss that it inspired him to quit and do comedy 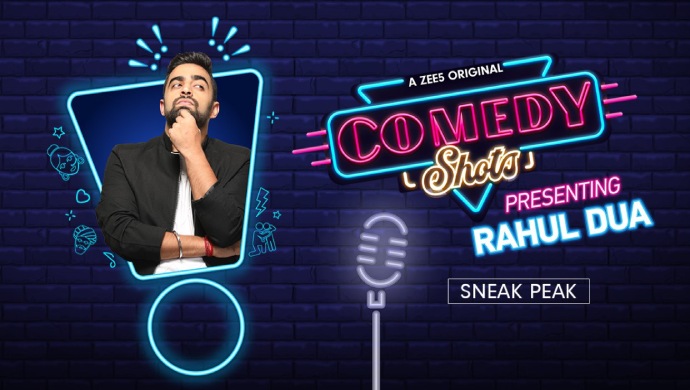 Rahul Dua stars in the first episode of Comedy Shots, ZEE5’s first stand-up comedy original. He spoke to us about starting out as a comedian while doing a banking job in Mumbai. In his words he went from, “Doing shows for 10-15 people and now selling out auditoriums.” which is an inspiring journey. Watch him joke about his middle class upbringing of being hoarders in his episode here.

Rahul Dua says he got a good response for the funny story he told at his first open mic performance. He says, “I started comedy mostly to vent about my life.” The same jokes gave him a win in his second open mic. These funny stories worked for him again when he performed it as a contestant at a comedy reality show on a popular streaming service.

Rahul Dua went on to take second place on the reality show where Nishant Suri was the winner. There were comparison with Rahul Dua being the Amit Sana of Indian comedy. When asked about his tag he said, “I am honored by it, in a way, because it meant a lot people wanted me to win. But I hope it doesn’t hold true because nobody remembers Amit Sana anymore.”

He has gone on to tour with Nishant Suri because in his view, “It’s great to travel and perform with a friend rather that doing it alone.” He even tours with his second solo show, his first one was called ‘Oh Hello’. He shares an advice he got from another ZEE5 Comedy Shots performer, Gaurav Kapoor, “Be funny for one and a half hour first before deciding if the jokes are socially relevant, relatable, or a hack.”

Watch his episode and follow him on social media at The Rahul Dua, for updates about his videos and live shows. He is performing his first international show on the 28th of June at the Queen Elizabeth 2 Theatre in Dubai so grab those tickets before the sell out.