At the Dadasaheb Phalke Awards 2020, Dia Mirza was awarded Best Actress for her performance in ZEE5 Original series Kaafir. 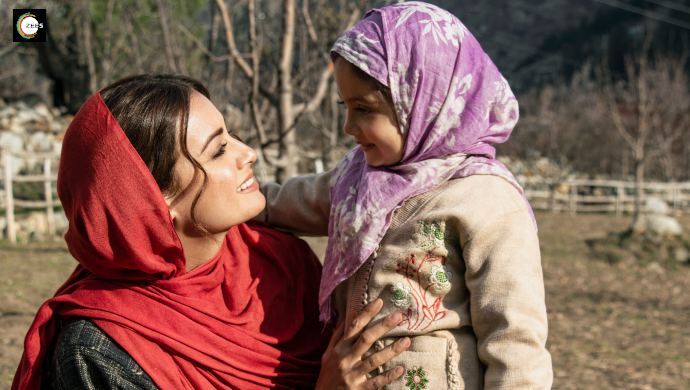 Dia Mirza’s beautiful rendition of Kainaaz Akhtar in Kaafir has been duly noted and appreciated at the Dadasaheb Phalke Awards. At the Dadasaheb Phalke International Film Festival 2020 (DPIFF), the actress received the trophy of Best Actress for her performance in the ZEE5 Original Series, Kaafir. It is not really surprising to see Dia take home the prestigious trophy as right after the release of Kaafir, her performance was highly lauded. In fact, the show also brought forth a relevant debate on humanity and love.

We got in touch with the actress to share her thoughts regarding her big win at the Dadasaheb Phalke awards. Dia exclusively told ZEE5, “Working on Kaafir has been an emotionally rewarding journey for me. I am glad to be part of such a special and innately humane story. I thank Bhavani Iyer for writing a character like Kainaaz and giving me the honour to play her in the series. I would also like to thank Siddharth and Sapna Malhotra, Sonam Nair, Tarun Katial, Milind and the entire team at ZEE5 for Kaafir, which I consider to be a gift. Working with the very talented Mohit Raina and incredible little Dishita made this experience all the more special. Kaafir’s big win at the Dadasaheb Phalke Awards is a testament to the collective efforts and vision of all those who have given their all towards making Kaafir an eponymous of humanity and love.”

Along with her, several of ZEE5’s other properties have also been acknowledged at the awards show. Zee TV shows like Kumkum Bhagya and Kundali Bhagya were awarded Best show and actor trophies while Moh and Yours Truly also received acclaim at the awards function.

Kaafir falls in the lines of repercussions of the prevalent political tensions between India and Pakistan. The ZEE5 Original web series traces the tale of a Pakistani woman Kainaaz Akhtar (played by Dia Mirza), who accidentally crosses the Indo-Pak border and gets falsely accused of being a militant. She is jailed in India and lawyer-turned-journalist Vedant Rathod (Mohit Raina) decides to fight her case. He aims to send Kainaaz and her daughter Seher (Dishita Jain) back to Pakistan safely. You can watch the Original series right here.

Dadasaheb Phalke Awards 2020 will be aired live on February 20. You can stream it here on ZEE5.