Paresh Rawal's son talks to us about his preparation to play Nasir Jamal in Bamfaad and his transition from a professional football player to actor. 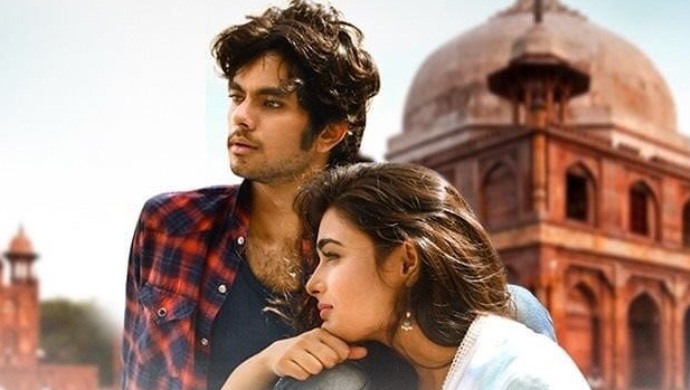 Aditya Rawal’s film career has been a juggle between acting and writing. He made his debut as a co-writer in Panipat starring Arjun Kapoor, Kriti Sanon and Sanjay Dutt, in leading roles. He then made his Bollywood debut as an actor in the the film Bamfaad on ZEE5. The film was supposed to get a theatrical release but the coronavirus lockdown derailed those plans. However, Aditya Rawal may well be on his way in Bollywood, coming out of the shadows of his famous father, Paresh Rawal. He spoke to us about  Anurag Kashyap’s involvement in the film, as well as tips he received from his father Paresh Rawal.

Watch a trailer of Bamfaad here.

1. What were the early reactions you received for your role in the film Bamfaad ?

It’s been heartening up till now. The performances and the film have been received well by the audience. They seem to be enjoying the world that Ranjan bhai (Chandel) has created. We’ve been getting messages from people who really seemed to enjoy the film and found it engaging throughout. So it’s been good.

2. This is also a unique film because it released digitally. Do you think it helped the film?

Obviously our film was supposed to release in theaters first like all other films, but then the virus happened. That affected our film just like a number of other films. But once the lockdown ends, there will be such a huge number of releases and our film that has been made with so much heart and soul will be lost in that flood of films, so that’s why we decided to release it digitally. Plus, you know people are looking for new entertainment while they are being made to sit at home. In a way it is almost like our duty as artists to put this film out and entertain them with what we can.

3. How did you prepare for the role of Nasir Jamal, because he’s a character from a world completely different from yours?

This was the most fascinating part for me because his accent, his way of carrying himself, everything is different from what I am like in real life. Once I was cast by the casting director, Taran Bajaj, I went with the production and direction team to Allahabad, Kanpur and Lucknow. I tried to take in as much as I could. I also did three weeks of workshops, where we learnt the speech pattern, accents, mannerism. While shooting on location also I would observe people and I think I got a good grip on the character.

4. How important was Anurag Kashyap’s contribution in this film even though he is not the director?

He played a vital role in the making of this film. The director, Ranjan Chandel, has worked with Anurag sir before too. He co-wrote Mukkabaaz, and I remember Ranjan sir telling us that he is working on notes Anurag sir gave him for the script. Anurag sir also gave us some tips before going on set. I remember sitting in Anurag sir’s house listening to a song that Vishal Misra ji and Raj Shekhar ji created, while he spoke about the song. He is an institution, and it was wonderful to have him in our corner.

5. How was the bonding on sets, because your co-stars are also mostly people starting to make their mark in the industry?

The bonding on set was great.Working with Shalini (Pandey), Vijay (Verma), Jatin (Sarna), Sana (Amin Sheikh) was a great experience. There are other young and eager actors too. It never felt like a job, it felt like a passion project for all of us. We often meet at talk on the phone till date. When I call Jatin sometimes I still call him Zahid, which is his character’s name. I’ve heard this kind of bonding doesn’t happen often, so I consider myself lucky to be a part of this group.

6. How did you deal with the expectations that come from being Paresh Rawal’s son?

Those expectations never fazed me because my father has achieved so much. So I would  have to work for 30 years and do good work for that question to arise. I don’t think I felt that expectation on set either, because we got to know each other well before we got on set too. They all took me as I am and I appreciate them for that too.

7. When did you decide to take up acting as a career?

I decided at around 21 that I wanted to be an actor. I was playing football professionally, meanwhile I was also working in plays, writing short films, etc.. Eventually, I decided to take the leap and become an actor. My parents had seen my plays and short films so they knew I had it in me. But they were quick to warn me that it will be a rough road ahead. You have to have a lot of mental strength to be here.

8. You’ve mentioned your father would never make a call to help you with your career. However, do you go to him for advice?

Oh of course, because he is always around to guide us. He allows my brother and me to pursue our own path, but he is ready to give us advice if we ask for it. Even the decision whether to take the advice or not, is ours to make. With Bamfaad too he gave me tips to help my acting, but in the end I mostly followed the director’s vision.

9. Do you consider yourself a better writer, actor or footballer? Because I’ve seen you play football with Sunil Chettri.

(Laughs) That’s a tough one because they are all quite different. I really enjoy playing football, even though it is harder now because it’s no longer my profession. I would say I am a better writer/actor than a footballer. However, I cannot choose between between acting and writing, because they’re too different for me to compare.

10. Do you plan on bringing chest hair back on screen? It was gone for 20 years and then there’s Bamfaad.

(Laughs again! ) That’s a funny question. Ranjan bhai saw the costume, and he felt it kind of suited the character too. So it was pretty much a character call and not an attempt to start a new fashion trend in any way, I can assure you of that!

11. Have you watched any other shows on ZEE5, and if you have then which one did you enjoy the most?

I really enjoyed Rangbaaz season 1 and 2 on ZEE5. I even liked Kaafir and I thought it was very interesting.

12. Could you tell us what is quarantine like in the Rawal household?

We get to spend more time with each other which we don’t normally get to because of our careers. We are watching a lot of good films, and my father an I often play chess together. I am also rehearsing for upcoming roles, and writing more stuff. I am being able to be productive during the lockdown, although sometimes the stress outside gets to you. I will however be the first to admit that I am living a very privileged life, while some people are facing a very real struggle outside, and my problem is tiny compared to that.

Love U Ganesha: 5 Moral Values Your Kids Can Learn From This Animated Movie