With Ugly and NH10 available for FREE on ZEE5, here's why you should definitely re-watch these two brilliant thrillers in Hindi Cinema. 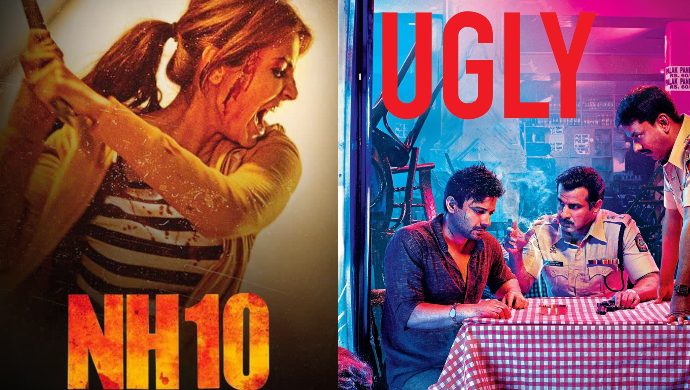 Ugly released in December 2014, while NH10 released in March 2015, less than four months apart. They are both psychological thrillers that shocked and surprised audiences, so much that they are still remembered for being gruesome and dark even after all these years. Both films had a really talented cast with NH10 starring Anushka Sharma, Neel Bhoopalam and Darshan Kumaar. While, Ronit Roy, Surveen Chawla, Siddhant Kapoor and Tejaswini Kolhapure all impressed massively in Ugly.

Here’s the title track of Ugly.

While NH10 focused on the subject of honour killings, Ugly was a kidnap drama that focused on the dark side in each of the characters. Here’s why both these deliciously dark films will help you understand human beings better.

In NH10, even before the actual villains appear, Anushka Sharma’s character, Meera, already faces a few villains in her daily life. She is attacked by four goons when she is driving alone at night. The policeman asks her to buy a gun, instead of arresting the criminals. Even in her workplace, she doesn’t get credit for her work because all her colleagues think the boss favours her, since she is a woman.

When Meera and her boyfriend really come across a group of gangsters, in the middle of an honour killing, their first reaction is to not help the victim. However, when they do help them, they end up becoming targets themselves. The whole gang goes after Meera and her boyfriend. Even the mother whose daughter was just killed, feels the killing was justified. Meera herself embraces her dark side, and goes to kill the entire gang single-handed.

Ugly stakes claim on being one of Anurag Kashyap’s finest films, (yes even better than Gangs Of Wasseypur). Rahul, a struggling actor, takes his daughter with him while he goes to meet a friend who is giving him a new script. He keeps his daughter in the car, and returns to find her missing. In this film no one ever knows who truly kidnapped the kid, but everyone uses it as an opportunity to make money.

Rahul’s ex-wife, Shalini, first tries to use the help of her current husband Shoumik Bose, who is a police chief to find her daughter. Rahul’s friend who was giving him a new script uses this kidnapping to make some money by pretending to be a kidnapper. Then an item dancer also joins him in this scam. Rahul joins them to make some money off his own daughter’s kidnapping. In the end, even Shalini makes some extra money by asking her father for more money than the kidnappers asked for.

The darkest twist, however, comes right at the end, no more spoilers! Go and watch these fine films available for absolutely free on ZEE5. Check out the list of other films across genres that you watch for free on ZEE5.