Fittrat Trailer: Krystle D’souza’s Series Is All About Relationships, Romance And Riches

Fittrat marks Krystle's web debut. She stars in the series as a gold digger Tarini Bisht; Anushka Ranjan and Aditya Seal are a part of it too. 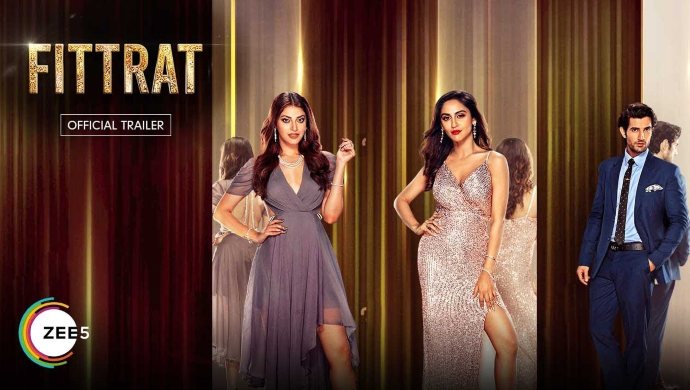 Krystle D’souza‘s digital debut vehicle Fittrat is all set for launch. The trailer of the ZEE5 Original and ALTBalaji Original web series was recently released amid great pep and pageantry. Krystle, who has cemented her position in the television industry as a sanskari bahu, shall be seen in a never-seen-before avatar in the digital drama. The series also stars Batti Gul Meter Chalu fame Anushka Ranjan and Namaste England actor Aditya Seal in the lead roles. The narrative orbits around the story of Krystle’s character Tarini Bisht who is a gold digger despite being a gold medalist.

The trailer video of Fittrat starts with Tarini striking gold at her college in Shimla. Much against her father’s wishes, she moves to Delhi to reunite with her Richie Rich best friend Amrita Sareen aka Amy. Ever since childhood, Tarini’s only wish has been to become rich and it is to fulfill this ambition that she opts to go to the national capital. Amy’s mother hates Tarini and her guts but that doesn’t deter the girl one bit. Things are going as she expected them to until Veer Shergill enters the frame.

Veer is Amy’s fiance, whose prying eyes notice Tarini and he ends up falling for her. Albeit it seems like Tarini likes Veer too, but not at the cost of losing her BFF. A classic love triangle ensues between Tarini, Amy, and Veer driving a wedge between the besties. Will Tarini and Amy’s friendship survive the storm? Watch the trailer to know more:

Needless to mention, Fittrat is packed with powerhouses of talent dishing out their brilliant best. Not only does the series promise entertainment and drama but sure is a treat for fans of the stars this festive season. Besides the trailer, the launch event also saw four original tracks being released including O Panchi Re, Naznina, Paheli Dilli and Manmuradein.

Fittrat will start streaming on ZEE5 from 18 October 2019.

Stay tuned to entertainment anytime, anywhere with the latest movies on ZEE5.