Ghoomketu trailer, which released today on Nawazuddin Siddique's birthday, reminds us of every outsider who comes to Mumbai to fulfill their dreams. 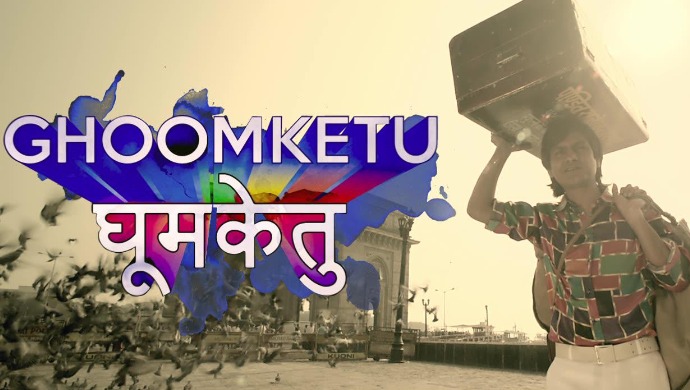 Ghoomketu is a comedy-drama film that will be premiering on ZEE5 on May 22, 2020. The movie features Nawazuddin Siddique, Anurag Kashyap, Raghubir Yadav, Swanand Kirkire, Ragini Khanna and others in pivotal roles. Ghoomketu is directed by Pushpendra Nath Misra and produced by Phantom Films and Sony Pictures Networks (SPN). The film sees a special cameo of several B-town celebrities including Amitabh Bachchan, Ranveer Singh, Sonakshi Sinha, Chitrangada Singh, Lauren Gottlieb, and filmmaker Nikhil Advani.

The storyline of the movie revolves around an aspiring writer Ghoomketu who hails from a small village in UP. Ghoomketu has big dreams of becoming a Bollywood writer and runs away to Mumbai to try his luck in films. On the other hand, his family who has a political connection, tells the cops to find Ghoomketu and get him back. Inspector Badlani is assigned the case of finding Ghoomketu in 30 days. Badlani is a lazy, corrupt police officer.

Watch the trailer of Ghoomketu here:

The trailer of the upcoming film Ghoomketu is out on ZEE5 today, and it is a double celebration for Nawazuddin Siddiqui, as the trailer has released on his birthday!  The trailer features Nawazuddin Siddiqui who is an aspiring writer and Anurag Kashyap who is shown as a corrupt cop. In the trailer, audiences will also see glimpses of Amitabh Bachchan, Ranveer Singh, Chitrangana Singh, and Sonakshi Sinha. The trailer starts with Ghoomketu narrating a horror story script to his Santu bua, who tells him that his story did not scare her at all.

Ghoomketu’s dadda keeps criticizing Ghoomketu’s talent and sees no future in it. Ghoomketu struggles to stay in a new city that has the power of fulfilling his dreams, and he gives us a glimpse into the life of struggling writers who come to the big city to make it big in Bollywood. While Ghoomketu is worried about how he will survive with little money in the city, inspector Badlani is worried about where and how he will catch hold of Ghoomketu. Badlani is assigned the task of finding Ghoomketu and bringing him back home, failing which he will be transferred to a place he wouldn’t want to be in. In a hilarious turn of events, unknowingly, both turn out to be neighbours! What is evident though is that Ghoomketu loves his Santu bua and his dadda.

What also makes the trailer interesting is the special appearance of Ranveer Singh as Shah Rukh and Sonakshi Sinha as Kajol in Dilwale Dulhnia De Jayenge. Ghoomketu is seen struggling to meet people and urging them to hear his script, and the typical Bollywood style director rejecting his script. Like all true blue Bollywood lovers, who come to Mumbai and pose for a photograph outside Shah Rukh Khan’s Mannat, Ghoomketu goes a step ahead and is seen at SRk’s office, asking to meet him!

The trailer gives us glimpses of interesting scenes like Ghoomketu’s marriage to Janki Devi (Ragini Khanna), and Amitabh Bachchan dressed in a lawyer’s costume. Ghoomketu’s character reminds us of an outsider who comes to Mumbai to fulfill their dreams and finds it difficult to cope up with the speed of the city that never sleeps. The film looks like an interesting and hilarious joy ride!

Ghoomketu premieres on May 22, 2020, exclusively on ZEE5. Stay tuned for more updates on the film.

Priya Banerjee On her Character In Baarish: Shreya Is Quite Like Kareena's Poo In KKKG

EXCLUSIVE: Pushpendra Nath Misra On Ghoomketu: I Got This Name And Story In A Dream