Guddu Episode 16 Review: Guddu Proves He Is The Superhero, Yet Again!

Guddu is faced by the evil vultures and their leader Giddu Nana. Will Guddu be able to deliver the Mayor's letter in time? 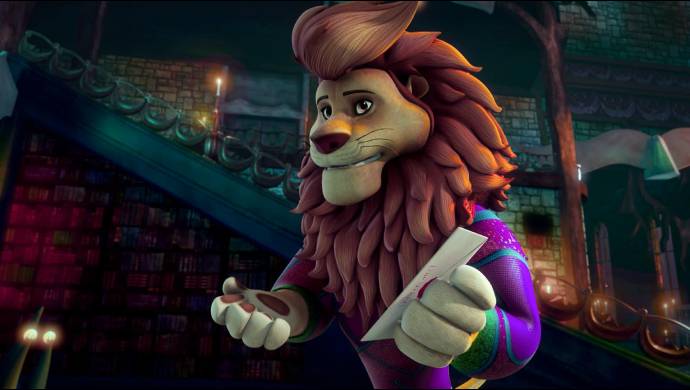 The 16th episode of the ZEE5 Original series Guddu is filled with thrill and action. The #NonStopBachFUN quotient expands with this episode and the story will definitely get you addicted to it! Mayor Bear summons Guddu, after hearing his praises and noteworthy tasks like saving his fans and Vanmallika. When Guddu visits the mayor, Kallu stops him and tells him that he would beat him up. Guddu is unafraid of the goons, and he smashes their confidence with his punches and kicks. The Mayor comes out of the ruins in which he was hiding and congratulates Guddu.

Guddu is confused but the mayor explains that he was only testing the circus lion. Then the Mayor reveals the reason behind the test. He tells Guddu that it is because he wants Guddu to be his secret agent on a very important mission for the sake of Falana city. Guddu is filled with pride and immediately grabs the opportunity. He is seen driving the mayor’s car with a sealed envelope that contains the secret information. Guddu has to deliver it to Dr. Bokaro. But Guddu’s friends spot him, and he realises that he had not informed them about the mission. They insist on assisting him.

Just when they are about to reach, Guddu’s car swirls and rams into a tree. It is because the rear tire has been deflated by the nails lying on the road. When Guddu and his friends are trying to figure out who it might be, Giddu Nana – the vulture scoops Guddu up in the air! He tosses and scares Guddu and asks for the envelope but Guddu denies. When he refuses, Giddu Nana holds Guddu upside down and shakes him vigorously till the envelope falls out. Giddu Nana’s assistants throw Guddu down in the valley. But Guddu uses his tail to fly and emerges in the sky! He gives the vultures a taste of their own medicine and thrashes them up.

Guddu and his friends reach Dr. Bokaro’s den just in time and hand him the envelope. But the envelope slips out of Guddu’s hand and a chemical falls upon it. Dr. Bokaro complains that there was an important code in it. Just then miraculously the code appears. Dr. Bokaro thanks Guddu profusely and tells him he had completed an impossible task for them. He also tells Guddu that the code was for a file that held the addresses of the criminals of Falana Nagar. Yet again, Guddu saves everyone!

EXCLUSIVE: Pushpendra Nath Misra On Ghoomketu: I Got This Name And Story In A Dream

4 Things Both Your Family And The Bhallas Are Discussing Under Lockdown, Watch Trailer