In the recent episode, Raju goes to Pappu and Sweety's bedroom and searches for the cash while playing hide and seek with Gudiya. 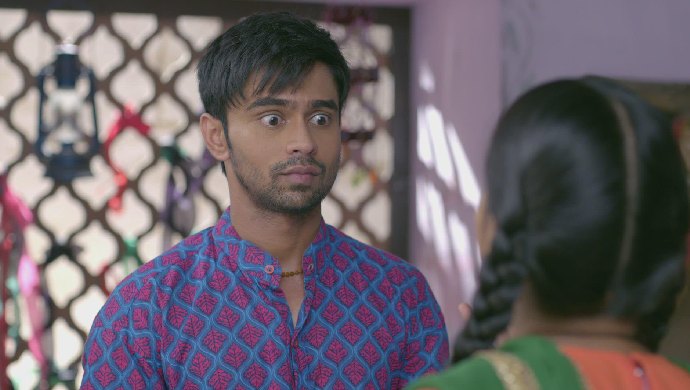 In the previous episode of Gudiya Humari Sabhi Pe Bhari, Raju sees that no one is at home and goes to Radhemohan and Sarla’s bedroom to get the money. He searches everywhere but fails to find the cash. He is about to leave the room when Gudiya comes there and questions him what is he doing in that room. The latter gives her an excuse that he came to drink water. While talking to Raju, Pappu learns that Raju is still single and is looking for girls for marriage.

In the recent episode, while playing with Gudiya, Raju asks her where does Sarla keep all the money. The latter, unaware of Raju’s intentions, tells him that Sarla keeps on rotating the spot of the money. She also tells him the different spots where she keeps the money.

Meanwhile, Sarla goes to the police station to get help from Nanhelal. She asks him to get information about Raju before going ahead. The latter assures her that he will ask his men to get the information as soon as possible. At home, Raju goes to Pappu and Sweety’s bedroom and tries to search for the cash, while playing hide and seek with Gudiya. Just then, the Sweety and Pappu enter the bedroom and start dancing on the song. As the situation gets awkward, Raju tries to get out of the room but gets caught.

Later that day, Gudiya and Raju go out to have Golgappas. Raju gets a call from a person who lent him money. The latter assures him that he is trying to manage money as soon as possible. Gudiya hears this conversation and gets surprised.

In the preview of the next episode, Radhemohan and other family members ask Raju if he is fine with marrying Gudiya.

What do you think will happen in the next episode? Let us know your thoughts in the comments with the hashtag #GudiyaHumariSabhiPeBhari.

Friday The 13th: 10 Horror Movies On ZEE5 We Dare You To Watch Alone