In tonight's episode, Gudiya calls Nanhelal to inform him about the robbery. When he comes home, he catches Raju with the cash. 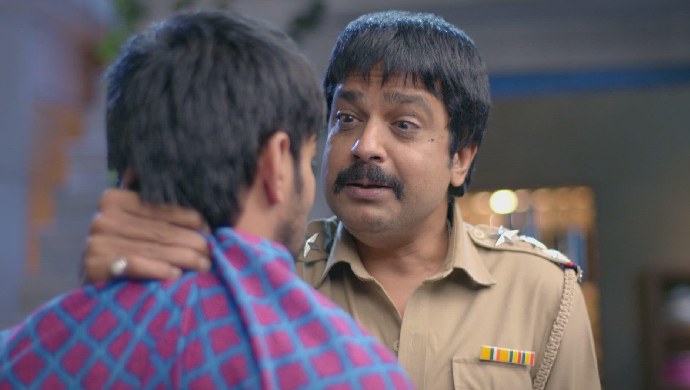 In the previous episode of Gudiya Humari Sabhi Pe Bhari, Sarla, Radhemohan and other family members ask Raju if he wants to marry Gudiya. He agrees to it saying he is fine with marrying Gudiya only if she also wishes to marry him. Hearing this, everyone gets impressed with Raju. On the other hand, Raju tells Gudiya about a new game called robbery and asks her to be ready to play the game at night when everybody else is asleep. After the game, Raju asks Gudiya to go to her parent’s bedroom and bring the cash and jewellery.

In the recent episode, Raju asks Gudiya to go to her parent’s room and get the cash. When Gudiya gets all the cash, Raju appreciates her skills and tells her that she won the game. He then sends her downstairs and is about to leave the house.

When he opens the door, he sees Nanhelal standing in front of him. He calls all the family members and reveals Raju’s true intentions. Nanhelal tells them that he came to know about this robbery through Gudiya as she had called him.

Sarla is upset about having a shortage of money. Radhemohan tells her that they can stop getting newspapers so that they don’t have to pay for it. A few moments later, Jiya comes there and tells them that she had saved some money and gives it to them. Sweety also comes there with her jewellery and gives it to Sarla. She says that she can manage with artificial jewellery so that they can sell the gold and get some money.

In the preview of the next episode, Gudiya plants a money plant in the garden and tells Radhemohan that the plant will grow big and all the problems will vanish.

What do you think will happen in the next episode? Let us know your thoughts in the comments with the hashtag #GudiyaHumariSabhiPeBhari.

FIXERR Trailer: Shabir Ahluwalia Is Here To Change The Game With His Digital Debut Drama