New characters in the form of Chunnu-Munnu, Champa-Chameli are all set to be introduced in the show Gudiya Humari Sabhi Pe Bhari. Details inside. 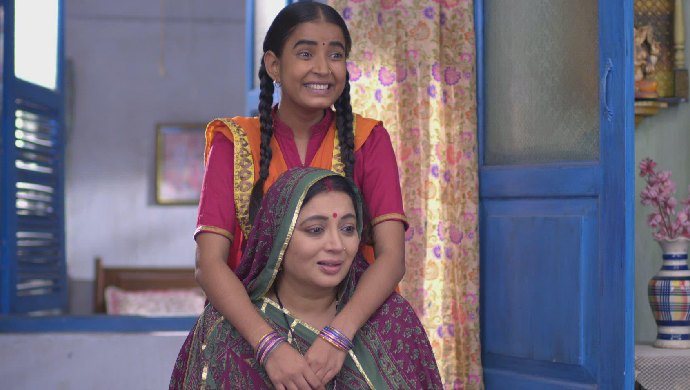 And TV is all set to dazzle the audiences by introducing a whole new set of quirky characters on their popular comedy TV show, Gudiya Humari Sabhi Pe Bhari. The story revolves around a happy-go-lucky girl named Gudiya whose family desperately wants to find a suitable groom for her. The show already has a lot of interesting characters that have managed to strike a chord with the audiences. Now they are introducing new characters in the show, and we know for sure that there’s gonna be a laughter riot for sure. Without further ado, let’s dive deep into who these characters are.

Phula is an arrogant, cunning, revengeful, greedy, stubborn 55 years old lady. She can go to any heights just to fulfill her wishes. Phula used to play a role called Laila in the Nautanki which was a big hit back then. Time has flown by and everything’s changed in Phula’s life except for the love of her role. She still likes to roam and behave like Laila.

Chunnu is absolutely lazy and a coward. He likes to tickle the funny bone and is hilariously funny. Chunnu is also fond of teaching English, and is a foodie. He calls himself a fan of the legendary actor Dilipkumar. He’s a gem of a person but does nothing more than being the husband of two wives.

Champa is a 27 years old girl, who is clever and likes to make fun of people. She is clingy, emotional and is quick to get into a fight. She can strike a war between any two people. If she hadn’t been Chunnu’s wife, she would have been a singer. She keeps reminding everyone that Sa Re Ga Ma were the first words, that came out of her mouth. However, in reality, she knows nothing about any sur.

Chameli is a beautiful 25-year-old girl. Just like Champa, she also likes to fight. If Champa is Shola then Chameli is Shabnam. She is good at heart but will bite back, if she’s angry. That’s the reason why she’s a terror for the entire house. If she wasn’t Chunnu’s wife, she would have been a dancer. She reminds everyone that when she was inside her mother’s stomach, her mother used to think that there’s a dancer dancing inside her belly. The truth, however, is that she has no sense of rhythm and beats.

Munnu is a lazy, carefree, dim-headed guy. Although he’s 25 years old, he behaves like a naïve, mischievous seven-year-old kid. He’s shy in front of girls and tries to hide his emotions. As soon as a girl comes in, he gets excited and begins to stutter…K..K..K..Kiran. His mind is filled with countless emotions that come together, and as a result, he can’t speak. All in all, it would be correct to say that Munnu’s nature is that of a carefree butterfly.

Manisha is a 22-year-old bubbly girl, who wants to learn English, so that she can shoot videos on TikTok. She is currently single and ready to mingle. She had an affair with someone, but he left her because she’s very talkative. She now wants to prove,  that she can become famous by speaking too much. She gets sad whenever she has to sleep, as she cannot use that time to make a TikTok.

Uma Aunty is a 55-year-old lady, who wants people to call her an aunty. She is a total desi but is also ready to get acquainted with western culture. She is always interfering in other people’s lives and is nothing short of a detective. She likes to work and keeps others engaged as well. She is funny and keeps suggesting home remedies to everyone.

Manoj is an insurance agent, who convinces people into buying insurance of all sorts. He irritates people just by talking endlessly about himself. He always carries a briefcase with him, which contains things from all over the world. It contains every essential item that he needs. He calls himself a fan of McMahon, and wears a safari suit just like him. Apart from joining the class to learn English, he also wants to secretly complete his target, by making the classmates buy insurance from him.

Riya Sen: Education Is The Only Way To Change The Scenario Women Are Facing In…

What madness is about to occur in the show after these new characters enter? To find out, keep watching Gudiya Humari Sabhi Pe Bhari now on Zee5.