Gul Panag At High Five On ZEE5: People At Airports Have Told Me They Loved Rangbaaz Phirse

Rangbaaz Phirse was the 'Most Viewed Original Series On ZEE5' in December. Gul Panag tells us about the positive reactions she got from fans. 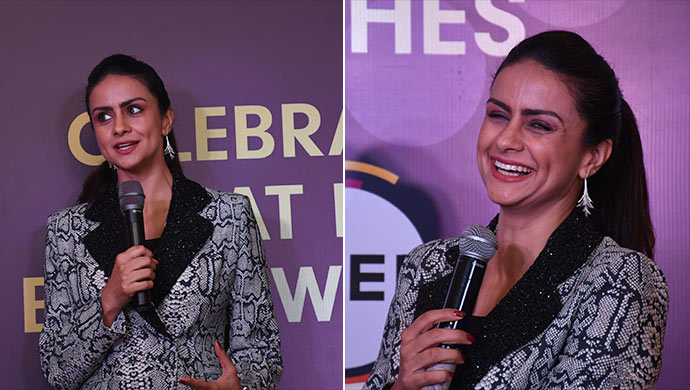 Rangbaaz Phirse, the second season of ZEE5’s flagship series, Rangbaaz, released to rave reviews. It held up to the expectations that the fans had from the show. This is proved by the fact that Rangbaaz Phirse won the ‘Most Binge-watched ZEE5 Original Series in December’ at the High Five On ZEE5 Awards. This becomes an even greater achievement when you realise that the series released only on the 20 December 2019. Gul Panag, who played a vital role in the series, tells us how it feels to win the first award for Rangbaaz Phirse, and more.

Catch a short glimpse of the reviews for this series here.

1. This is your first award for Rangbaaz Phirse. How does it feel?

It’s been an interesting year for me. People have seen me in different avtars in the span of one year. When I’m at the airport I’ve had people come up to me saying they really liked the character, we love the way the show turned. The message that #NoOneIsBornACriminal is something that the audiences really caught on to while watching the show.

2. The second season has already won it’s first award in less than a month since release. How do you feel this impact has been possible?

I think to be part of such a successful franchise is tricky. It could be really successful or it could have been a downer. It was really humbling and rewarding for the team to see the kind of response we got from the audience. I think a big part of that is not just the content but also the manner in which ZEE5 conveyed the message. Because if you don’t tell audiences what is in store for them, they will not watch it. Then, of course, there’s Artificial Intelligence (AI) which targets the right audiences. So I think the congratulatory messages should go to everyone who worked on the show right down to the AI.

3. The Web is said to be a content driven platform where real characters and storytellers come through. How did this help you while doing Rangbaaz Phirse?

As an actor, I don’t really see the platform as something that influences my decision whether I pick a role or not. What is clear is that the web platform is one where good content is thriving. That’s largely because it is choice driven and there are algorithms that suggest the right content for the right audiences. This was not the case earlier with TV and films which were carpet bombing the content to everyone. I think to target the right audience is quite expensive but it is something that the web does well now.

Watch a short snippet of her chat with renowned journalist Bhawana Somaaya here.

Find out the rest of the winners at the High Five On ZEE5 Awards here. Watch another widely talked about series, ‘The Chargesheet: Innocent or Guilty‘ streaming on ZEE5.

Santoshi Maa: All You Need To Know About 'The Mother of Satisfaction'