Hint: This hidden talent can be her alternate career option. 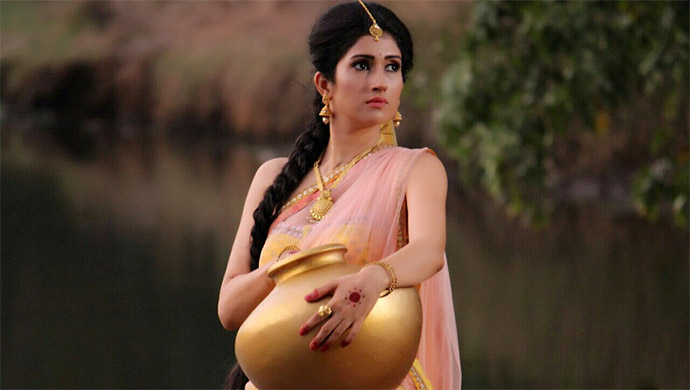 There is no limit to talent. As we say this, there are so many examples in front of us in Bollywood. Be it, Salman Khan or Alia Bhatt, everyone knows about their hidden talents, that they love to paint and sing respectively. Even, our favourite telly stars are not far behind. Among them, actress Gungun Uprari is one of the few whose hidden talent will genuinely come as a surprise for her fans.

Currently, she is popularly known for playing the role of Mata Yashoda in And TV’s show Paramavatar Shri Krishna.

Take a look at the latest episode of Paramavatar Shri Krishna:

Apart from her brilliant acting, it is from the sets of this epic historical drama that we have come to know about this hidden talent of her. And it is that she has a very mesmerising voice and her singing skills can give all the singers a run for their money! Don’t believe us?

The actress has often shared some videos on her Instagram account in between the shoot of her show. Have a look at these videos of ‘Gungun – the singer’ from the sets of Paramavatar Shri Krishna here:

When u have no one around and nothing else to do …#madness #singing #nothingtodo #missingeveryone #listen #yelo #again @tia.gandwani .. missing u in this one..

These videos see her along with her co-stars, where she is seen singing in her melodious voice. From classics like Shola Jo Bhadke Dil Mera to contemporary tracks like Dheere Dheere Se Meri Zindagi Mein Aana, her lovely voice shines in each one of them and perfectly showcases her hidden singing skills.

Let us know which song by the actress is your favourite, in the comments section below.

Watch Commando 2 To Experience The Thrilling Action By Vidyut Jamwal

EXCLUSIVE! Arbaaz Khan On Salman Khan's Dabangg 3: Happy The Film Is Coming After A Gap