In tonight's episode of Happu Ki Ultan Paltan, Happu gets a makeover and introduces himself as Happu's twin brother, Pappu. 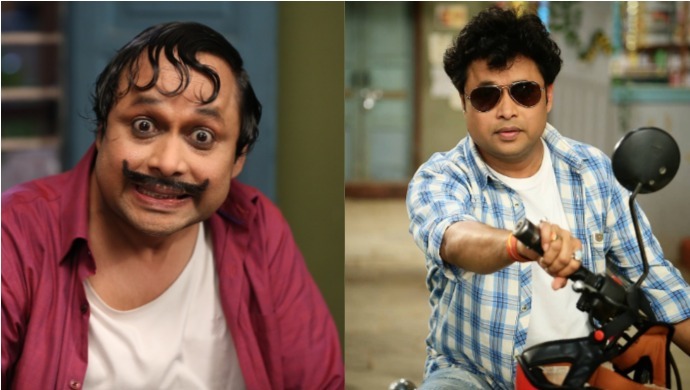 In the previous episode of Happu Ki Ultan Paltan, Happu gets romantic and calls Rajesh to spend some time with him. She tells him that she has to make breakfast for the kids but Happu pulls her inside the bathroom. A few moments later, Amma and kids come near the bathroom and question Rajesh for the delay. She puts the blame on Happu and gets back to work. At night, Happu comes to Amma and tells her that Rajesh has lost interest in him.

In tonight’s episode, Amma after thinking for a while tells Happu to change his look and introduce himself as his twin brother Pappu. Happu likes this idea and tells Amma he is ready for the plan. Rajesh hears the conversation between them and gets ready to play a prank on Happu.

Next day, Happu tells everyone that the commissioner has appointed him at minister’s bungalow so he will stay there for the next 6 to 7 days. Rajesh asks him who will bring the grocery and drop the kids to the school. Amma suggests Happu to call his twin brother Pappu. Everyone gets shocked to know that Happu had a twin brother.

Happu comes at Benny’s place for his makeover but the biggest challenge for him is to shave his moustache. Benny tells Happu that he didn’t like Amma’s idea as it is the worst advice one can give. Later that day, Amma is waiting for Happu change his looks and come home as Pappu. A few moments later, a Pappu enters the veranda on a dashing bike. He notices that his belly is still out so he controls his breath so that it looks flat and fit.

In the preview of the next episode, Rajesh tells Happu that Pappu looks handsome.

SRK Turns 54: 10 Reasons Shah Rukh Khan Is The King And Bollywood Is His Kingdom