In tonight's episode, Happu gets on Benny's wrong side by acting weird with him. What happens? Read inside. 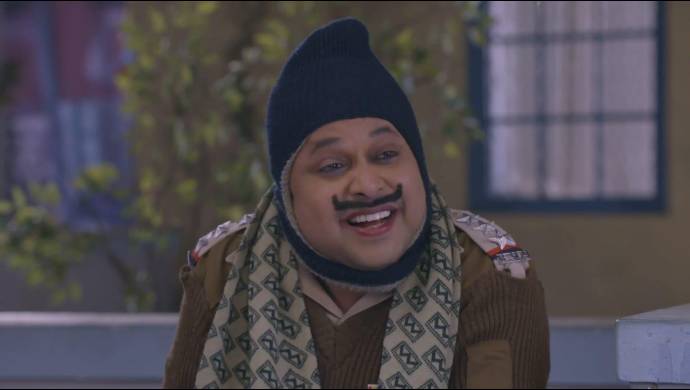 In tonight’s episode of Happu Ki Ultan Paltan, we see Amma and Rajesh fighting over the dinner table. Amma thinks that Rajesh is not taking care of her grandchildren. On the other hand, Rajesh says that just because she hasn’t made pickle, doesn’t mean that she doesn’t know how to look after her children. We then see Hrithik and his elder brother fighting, by taking Amma and Rajesh’s side. When Happu tries to intervene, he is slapped by Amma. Happu gets furious and storms off.

Later, the commissioner is seen performing a havan at the police station. The commissioner whispers the address of a saint, into Happu’s ears and asks him to go there to get rid of all his problems. Happu agrees to the same immediately and makes way to visit the saint aka ‘Baba.’ The latter demands money from Happu and he starts looking for cash in his pocket. The Baba asks him to give Rs. 5,000  instead of a mere 100-rupee note. Happu tells the Baba that he doesn’t have that much money to shell out. The Baba asks Happu if the latter is carrying his card. Happu nods and the Baba asks him to swipe his card in the machine.

Later, Happu follows the Baba’s instructions and smears Benny’s face with kheer. Benny gets angry and questions Happu about his weird behavior. Upon discovering that the substance that covers his face is kheer, Benny’s anger knows no bounds. Happu flees away from the scene even as Benny is scolding him. The latter swears that he will not talk to Happu for the rest of his life and that he is not worthy of his friendship.

In the next episode, we shall see Happu seeking Baba’s advice for getting promoted to the post of commissioner. The Baba instructs him to cut the hair of a superior officer. Will Happu do it? To find out, keep watching Happu Ki Ultan Paltan exclusively on ZEE5.