In tonight's episode, we see that Happu's secret is revealed. Details inside. 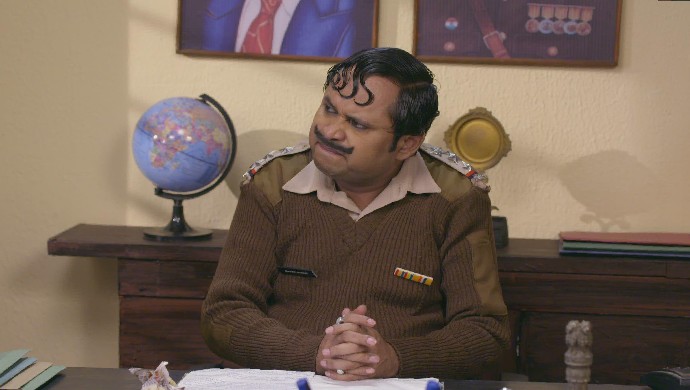 In tonight’s episode of Happu  Ki Ultan Paltan, we see Kamlesh and Kate crouching down and waiting to execute their plan. They wish to hit Happu on his head to bring his memory back and take the position as they see the Daroga walking towards them. However, before Kamlesh can even decide to hit him, Happu sees the two kids and soon takes away the stick from the boy’s hand. After hearing some more bad English, Happu starts hitting Kamlesh with the same rod and does not stop at all, until Kate runs away from the spot.

Soon, Makhwana comes to visit Happu and tells him that the Commissioner is asking about his whereabouts. Happu bribes him with a hundred rupee note and tells him to lie on his behalf. While the two police officers talk to each other, Rajesh overhears and realises that Happu has not, in fact, lost his memory. She runs to Amma and Beni to tell them what all she found out about Happu. When Amma finds this out, she makes a plan to teach Happu a lesson.

As Happu is relaxing over his armchair, he hears a commotion outside his house. When he runs out, he finds that his mother is going to Haridwar because she has lost her son. He gets worried and confesses that it was all a drama and he does not want Amma to leave or go anywhere at all. Finally everyone tells Happu that they knew it all along that he was acting. Rajesh takes Happu in and the two of them romance a bit. The next day Kamlesh comes to pick Kate up for college and Happu realises that he can no longer beat him up. However, Happu devises another way to teach Kamlesh a lesson and allows Malaika to beat him up.

In the upcoming episode, we see Happu going on a hunger strike. What do you think will happen next? Share your thoughts in the comments section below. Catch the latest episodes of Happu Ki Ultan Paltan exclusively on ZEE5.