In tonight's episode, seeing that everything is turning bitter, Amma and Rajesh admit that they hit the commissioner and ran away. 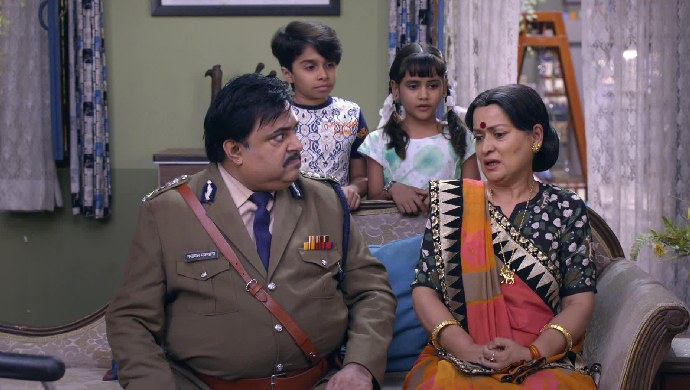 In the previous episode of Happu Ki Ultan Paltan, the Commissioner taunts Happu Singh for not taking the case seriously. He brings in a friend who is also a CBI inspector to solve the case. Happu Singh asks Beni to take the blame for Amma and Rajesh but he refuses. Rajesh finds out the police has identified the car and they are searching it in Happu Singh’s area. She decides to hide the car somewhere else and Amma joins her. When Rajesh drives she runs over the commissioner’s other leg as well.

In tonight’s episode, the commissioner comes to the police station and tells Happu that the same car driver hit him again and fractured his other leg. Hearing this Happu gets shocked and informs Rajesh about it. Rajesh quickly tells this to Amma and both the ladies get scared for being punished.

Later that day, the commissioner comes at Happu’s house to have turmeric milk made by Amma. He tells her that the reckless driver had again hit him again by his car and ran away. Amma tries to convince him by telling him about the scenario that happened as a possibility. Happu comes home and tries to apologise to the commissioner on the driver’s behalf.

Later, the commissioner’s friend comes there and says that he has found the car because the driver smartly parked the car near his house. Just then, Rajesh’s friend comes there to take her car. The commissioner asks her the details of the car and gets surprised to know that its the same car that hit him. Seeing that everything is turning bad, Amma and Rajesh admit that they hit him and ran away. The commissioner forgives Rajesh and asks her to drive the car with a valid licence and stop when she meets with an accident as a responsible citizen.