After finding Prakash Mama at Beni's house, he asks Amma to talk to her sister Chatto and decide if she should forgive him or not. 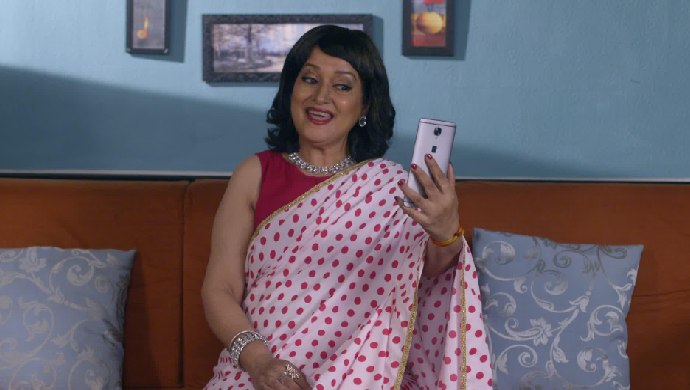 In the previous episode of Happu Ki Ultan Paltan, Happu and Beni disguise as a coolie and rickshaw driver respectively to kidnap Prakash mama from the railway station. Without anyone noticing them, they take Mama to Beni’s house and tie him to a chair. Beni suggests to give him a drink so that he can understand better, but sadly Mama gets high and starts blabbering stupid things. At home, Hrithik hears Amma’s plan to kidnap Mama and tells this to Rajesh.

In tonight’s episode, Happu and Beni tell Prakash Mama about the risk if Amma finds out about his presence. They try to convince him to go back home without meeting Rajesh but Mama is not in a condition to understand anything. At home, Hrithik tells Rajesh about Amma’s plan to kidnap Mama, she gets angry and calls Happu. She tells him she is aware of her Mama being kidnapped.

Thinking that their secret is revealed, Happu gets startled. She then tells him that she has a doubt on Amma. Hearing this, Happu feels relaxed and assures Rajesh to bring Mama from wherever he is. After disconnecting the call, Rajesh feels that Amma might have asked Beni to kidnap Mama as she herself won’t be able to do it. She immediately asks Hrithik to get a bamboo stick and come with her to Beni’s house. Chamchi who was hearing their conversation tells this to Amma.

Happu is irritated and the moment he opens the door, he sees Rajesh standing in front of him asking for her Mama. Happu stops her from entering the house. A few moments later, Amma comes there and sees Prakash Mama tied on a chair in Beni’s house. Happu and Rajesh both request Amma to leave Mama for tonight since he is drunk.

Next morning, when everyone is sitting in the house, Prakash Mama makes a video call to his wife and Amma’s sister Chatto. After talking to her and knowing that she is happy and doing well, Amma forgives Prakash Mama.